News made its way through the web a few months ago that long-time X-Men film producer, Simon Kinberg, was being tabbed with directing the next film in the franchise. Omega Underground has just confirmed that is the case, Kinberg will be directing ‘X-Men: Dark Phoenix’. Around the same time this news hit, news that mega-star Jessica Chastain was in talks to portray the villain of the film began circulating.

Beginning with Kinberg, Omega Undeground came into possession of an industry listing for the film that listed Kinberg as the films director. It also stated the film would begin production about two weeks from today.

Then came a story from the Hollywood Reporter, that confirmed that Jessica Chastain was in talks to play the villain in ‘Dark Phoenix’. Their sources said she would be portraying Lilandra, the empress of the Shi’ar, who leads the quest to imprison and execute Dark Phoenix, leading her into conflict with the X-Men. 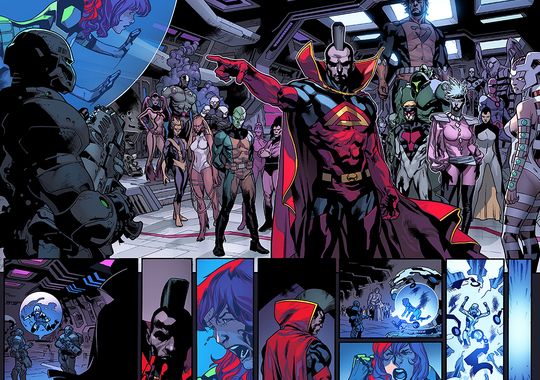 The Shi’ar are an alien race, made famous in the X-Men comic books. They haven’t been touched upon in the films as of yet but there has been a major outcry for the alien species to make their live action debuts for years.

They also reported that the studio was in talks to bring back Jennifer Lawrence, Michael Fassbender, James McAvoy and Nicholas Hoult . All of their contracts expired after the production of ‘X-Men: Apocalypse’. Sophie Turner and Tye Sheridan also are expected to return as Jean Grey and Scott Summers respectively.  –Jackson Hayes