A few new images were released of Thanos in Infinity War during Comic Con, and one big thing that was lacking from those images was his armor. Many fans have questioned why he is shown without his armor considering he has been shown wearing full body protection in all his previous appearances. Co-Director Joe Russo cleared things up when he spoke with IGN recently.

“[Thanos] has a more casual approach in this film, and it’s very philosophical for him,” Russo said. “It’s part of his character definition. It’s a spiritual journey for him to collect the Stones, and one with which he doesn’t need armor. Once he starts acquiring the Stones, he doesn’t need armor in the same way he did when he was a war lord. It’s a very symbolic costume.” 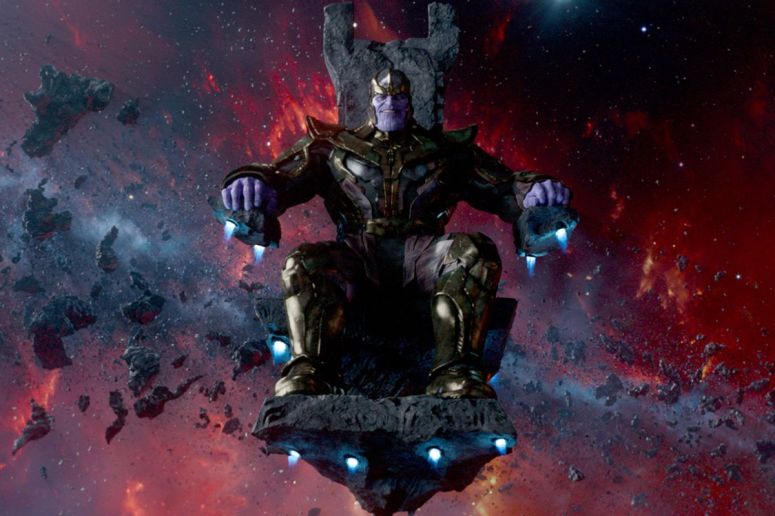 It makes sense that he wouldn’t need to have a big, intimidating appearance once he gets all the infinity stones. He has what he wants so he doesn’t need to impress or scare anyone with his looks. He also won’t need the armor because he’ll basically have all the power in the universe making him almost invulnerable. The large armor would also hinder his movements making it inconvenient to perform high intensive tasks, like throwing a planet at the avengers.

I hope we get a scene in the movie where Thanos removes his armor after he’s filled in the Infinity Gauntlet.

Many fans might not react well to a de-armored Thanos considering he is almost always shown in the comics in full battle gear.

Joe Russo also had this to say about the scale of this movie:

“It’s a staggering level of scale in the films. Sometimes we’re working on the third act in this movie and I’m like, ‘How are we going to pull this off?’ It’s so big,” he said. “[Thanos] has this incredible power — he has universe altering power if he gets his hands on the Stones — so I think people are going to be surprised at the scale in the movie.”