The first half of Narcos Season 3 (you can read our review here) off a little slow. This was due to that it had to show and present a lot of new things to the audience in order for the show to move on from Pablo. I was a little worried at the start that the show might not go into what made it one of my favorite shows out there, but by the end of the first half of the show, it was picking up some steam. Does the show keep on growing and getting better? Does it reach it’s potential heights and keep on a roll? Let’s find out… 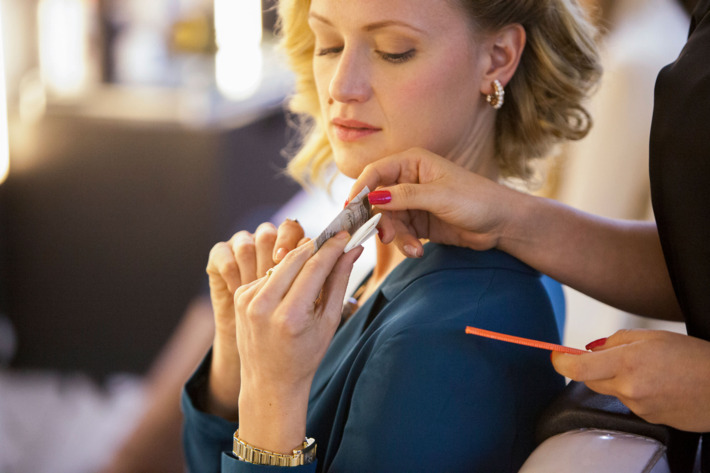 This episode restored my faith in ‘Narcos’ to the fullest extent. It really felt like the show went back to it’s roots with compelling drama, nice action scenes, and interesting plot lines. I felt that in the first half of the season, Jorge Salcedo (played by Matias Varela) was just too monotone and didn’t really add anything. In the latter part of the season, his character really shines and Varela does a superb job bringing to screen the struggle he faces and how his character truly develops throughout.

The ending of the episode is what really sets the tone for the rest of season 3. Without spoiling anything big, there is a shootout that sets up tremendously what’s in store for a whole bunch of characters. The scene was set up brilliantly and serves as a way of altering the course of the plot and many character motivations/actions.

“Best Laid Plans” takes ‘Narcos’ through a route that brought it back to what made the first two seasons great. It set up many of the characters for the rest of the season and brought to life a great plot line for the following episodes.

This episode starts of with a BANG! Pacho Herrera immediately makes a statement declaring that the Cali Cartel wasn’t going anywhere and were at war with the North Valley. The starting scene was executed greatly, serving as a reminder of what the Cali Cartel was truly capable of. This beginning was a great showcase of what the episode would be, serving as the second best episode of the season (don’t worry, we’ll talk about THAT episode in a moment).

The true shining moment of the whole episode was the intense, entertaining raid that occurred. I will not spoil the outcome or what happens, but it is truly great television. The performances and direction were superb, making you feel truly tense and in the moment as one could be.

“Sin Salida” would have been the best episode in the season, if episode 9 hadn’t existed. That being said, it really isn’t far behind from it, reminding me why I love this show and why I was so excited for season 3.

“Convivir” deals with the fallout of what happened in episode 7. That being said, it’s an episode centered around dramatic elements that, for the most part, work very well for the episode. What it does so well is that it shows the duality and consequences of what Salcedo is attempting to do. That is the main goal of the episode and it succeeds in portraying that.

Another character that I have barely mentioned in these past episodes is Peña. This episodes shows more depth to his character, especially in the jungle set piece. When watching that scene you could tell the type of person Peña is, and it shows it in a subtle, yet not to indirect way.

“Convivir” takes the pace from the previous episode down a notch, concentrating on the repercussions of what happened in the raid. Salcedo and Peña’s characters benefit hugely in characterization from this episode, showing their true selves and their motivations.

First off, the performances in this episode were great. Varela as Salcedo really has brought it home in the last episodes showing that desperateness and tenseness the character has perfectly. Francisco Denis as Miguel is the show stealer here, and he shows the anger he has built up in a scene so, so well (you know what scene I’m talking about). Two actors I have to really commend are Michael Stahl-David & Matt Whelan. They play their parts as Agents Feistl and Van Ness (respectively) so well. Pedro Pascal also brings in a great performance, showing how conflicted his character is when he finds out some certain things.

“Todos los hombres del Presidente” has everything you want in a ‘Narcos’ episode. It has great action, really tense set pieces that are executed perfectly, some great performances, and intriguing dialog. There really isn’t a dull moment in this episode and serves as a great payoff for everything that came before it.

Episode 10:”Going Back to Cali”

We have arrived to the conclusion of ‘Narcos’ season 3 and… I just don’t know how to feel about this episode. I feel that it’s a satisfying conclusion with a definitive answer to where the series is going, but at the same time it just ends, like that.

This episode has A LOT of meat to it, as in there are a lot of events that happen so I am gonna discuss them in a general basis without spoiling. The episode is a good one, a great one at that. It just keeps the consistency and foundation that the last episodes have built. That is all I will say because spoilers will ruin the whole experience. The episode really does take a whirlwind of motion through various parts, but it makes it work very well. The conclusion is what I really have a problem with. Yes, I mentioned that it’s a satisfying one but I don’t know what to think of it really. It doesn’t ruin anything at all or leave you breathless, it’s just meh. That’s the word I was looking for, meh, not great but not horrible at the same time.

“Going Back to Cali” is a great episode, but it’s “meh” ending leaves you just wanting something more or something else. That being said, it doesn’t ruin what the previous episodes had built, if not acknowledges it and wraps it up in a neat box.

Thoughts on the 2nd half of the season in general:

‘Narcos’ as a whole had the potential of being a total disaster without the likes of Pablo Escobar. Even though the show started off slow, it had to introduce this new set of characters and places to really make its new premise work. The latter half of season 3 REALLY, REALLY shows how great this show can be, no matter who the central focus is. At the end of the day, ‘Narcos’ is a great crime show, with great writing and performances. Season 3 not only build upon the foundation the first two seasons left, it evolved into something new and even better than the original. I can’t wait for season 4, especially if they go with the route that has been teased.