This new season of Narcos is focused on the Cali Cartel. What happens when you take down one cartel? Another one rises. Yes, the DEA and the Columbian National Police took down Pablo in season 2, but it was all apart of the plan. The Cali Cartel was apart of the Medellin Cartel run by Pablo Escobar. They would later break away in the 1980s. They were watching Pablo slowly lose his grip on the Columbian drug trade, and they gave him his extra push to defeat. They were already making tons of money, but moving Pablo out of the way… Well, that made them the biggest cocaine distributor known to man.

The Cali Cartel is one the most notorious drug dealer cartels that has ever roamed Latin America. They had so many people on payroll, that you couldn’t keep track. They distributed cocaine to the U.S., Europe, and Asia. They had payoffs that added up to about a billion dollars. They were ruthless in pretty much every way. They were the “Gentlemen of Cali.” The Cali Cartel was run by 4 men, the Godfathers: Gilberto Rodriguez Orejuela (Jefe), he ran the whole organization. He made all the big moves, owned the legit businesses, and would have your head cut off if you tried to cross him. He had one son that he sent to school to be a lawyer, three wives, and a bunch of houses. Miguel Rodriguez Orejuela, El Jefe’s brother. He has a son of his own, his own security guy; Jorge Salcedo. He was a little bit more crazy than his older brother. His son David, he’s absolutely insane.
Pacho Herrera, he’s the hitman (If you will) of the group. He’s more crazy than the first two bosses (yes, they get a little more crazy as we get down the line). He’s also gay, but he doesn’t let that get in the way. He’s ruthless, and when it comes to business… Do not piss Don Pacho off. Last but not least, Chepe Santacruz Londono. He’s our New York City man. Yes, he’s crazy, but he’s also methodical. He will leave a bloodbath behind, but he does everything for a reason. He loves the women and the fall leaves of the city that never sleeps.
Now that we have introduced our new main players, let’s get into the episodes, shall we? 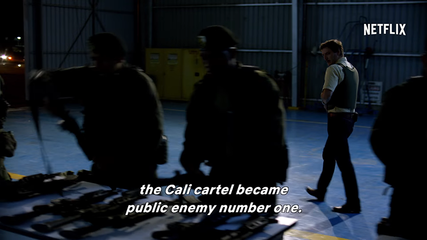 This episode is all based on a big announcement. The bosses are throwing a big party, and they invite some very big guests. Every senator, councilmen, judge, etc on their payroll is there. This draws some very unwanted attention. Our friend Javier Peña (Pedro Pascal) is back. The way things are setup in Columbia now though, makes his job more difficult. The Cali Cartel has everything tapped on you the minute you enter the country. You don’t move in Columbia w/o them knowing. They are the epitome of “Big Brother.” The DEA wants to know what the big announcement is, and they will do anything to get that information. The big announcement is simple, in 6 months the Godfathers of the Cali Cartel want to become legit. This is where the turmoil of the season comes from. The other members are looking at jail time, and they don’t like it. Even though the Godfathers have promised them that they will be set after “retirement.” This episode is very minimal on the action, but it is intense. The acting is wonderful, the story telling is detailed, and it let you know that things are different. The Cali Cartel moves very different from the Medellin Cartel. The ending of the episode is great, it really shows you how powerful these men are. They move like the Russian KGB.

The ending of episode one showed us how powerful the Cali Cartel was. They move like the Russian KGB, so the title for this episode was appropriate. They show their power, and let everyone know who’s in charge. The Columbian government who have been negotiating with the Godfathers also let Javier Peña know who’s in charge. The episode builds more turmoil between the bosses on both sides and their men. Peña who has been moved up, still is in the shadows of his bosses. They don’t want a mess like the one they had with Escobar. They want a peaceful ending to the Cali Cartel. Javier Peña wants justice, and he will most definitely try to find a way to get it. Things heat up after Pacho pulls one of his crazier moves. The way the Cali Cartel covers a murder is shown, and things get a little more intense. This episode was paced a lot faster than the first. The action was there, Alberto Ammann did an amazing job as Don Pacho. The build up of things to come is there. Everything just becomes more tense in this episode. Oh, and Don Chepe ends the episode

This episode is all about the money. The Cali Cartel has lots of it, but how do you hide that money from the U.S. and NAFTA? You launder it, and they have one of the best money launderers in the world, Franklin Jurado. He’s responsible for laundering all of the Cali Cartel’s money. Peña picks up a new team, and they are really good at finding out things. This episode kind of lingers, but it all makes sense. The money trail is the only trail to follow, and Peña’s team follows it well. The episode just shows how the money was laundered, and how all the accounts were used. Also, Pacho gets sent to Mexico to make a deal w/ Amado Carillo Fuentes, the Lord of the Skies. Gilberto also wants Pacho to leave town while things cool down from what transpires in episode 2. The episode drags, but it stays interesting. The episode ends with the return of a familiar face. You have to pay attention because the things that happen are important for the future of season 3. 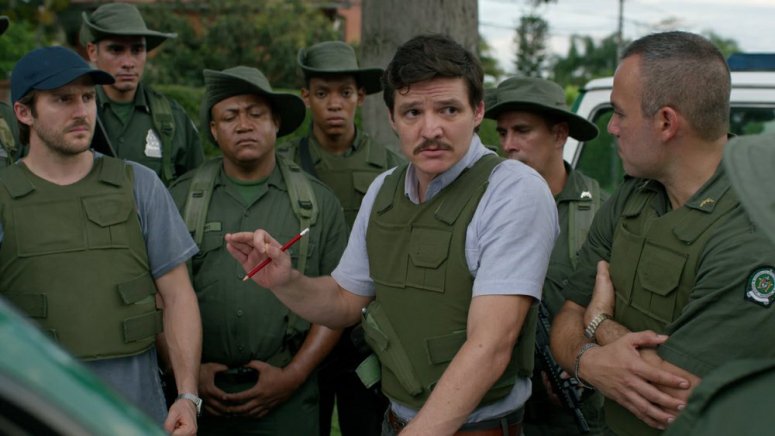 Episode 3 ends the right way with a cliffhanger that leaves you wondering. The intensity in this episode is necessary. Peña hatches a plan to finally arrest Gilberto Rodriguez. This episode is centered around that very plan. Tge only question is, does the plan work? Peña’s team presses to capture Gilberto. They also have found a snake in their midst, and find a way to weed him out. The National Police are divided between the men who are trying to do right, and those paid off by the Cali Cartel. They have made a few mistakes, and almost been caught bc of them by now. The mistakes are few, but they are big. The mistakes pile up as the episodes continue. The leaders of the Cali Cartel are pissed, and the war has only just begun. This episode is goes from dragging to very intense. I love the how the pace swaps and turns in each episode. This episode is needed, and the pace is necessary. 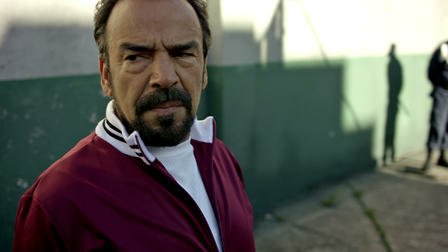 Holy shit, this episode…. This is definitely my favorite episode of the 5 I’m reviewing. This is an intense, fast paced episode. The mistakes that have been made, the cover-ups that have been done, and the Godfathers are as nervous as ever. Pacho makes a decision about the deal Amado offers him. Things just continue to pile up, and the paranoia spreads. I can’t even begin to speak on the things that have happened to lead up to this episode. Peña may be able to get the upper hand on the Cali Cartel, but he needs help. They are dealing with the weak points of their organization and finding out how to keep everything from falling apart. The way things are happening for them, they need to stick together. Who can you trust when things begin to fall apart though? If you leave, you’re a dead man. Jorge Salcedo has the most to lose or gain from the situation. The decision he makes at the end of this episode will either make him or break him. I’m excited to see how this all plays out. This is a little more intense than the Pablo Escobar era of Narcos, so we will see what happens.

There you have it my friends, a spoiler free review of Narcos season 3. For those of you who were looking forward to spoilers, sorry to disappoint you. I love this show, and I want you to witness firsthand what the Cali Cartel was capable of. This season will most likely be my favorite when it’s all said and done. I hope you guys enjoy it too. If you were pissed about Pablo dying in season 2, then this new season will definitely make up for that. I left a lot of things out of the review in hopes that you will go explore for yourself. I also hope you enjoyed the review, I would love to hear from you guys in the comments!