Marvel Studios is at an all time high with its latest film, Spider-Man Homecoming aiming to gross at least $900 MILLION worldwide as well as massive blockbusters such as THOR RAGNAORK, BLACK PANTHER and AVENGERS INFINITY WAR set to dominate the comic book movie landscape in the next year.

However, a lot of these films have began with them taking a risk on a certain property, for example GUARDIANS OF THE GALAXY, who are now an household name, since Marvel Studios decided to take a risk and produce the film. And it looks like Marvel Studios will not be stopping its risk taking anytime soon.

That Hashtag Show is reporting that a source has told them that Marvel are currently discussing development on a ‘POWER PACK’ film, many people will not know who the Power Pack are but to put it short, it is the story of four siblings named Jack, Julie, Katie and Alex Power, who are granted powers by a dying Kymellian (an alien race in the Marvel Cosmic Universe) named Aelfyre Whitemane. 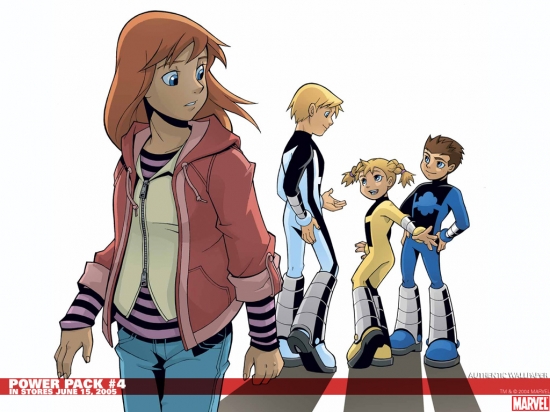 Jonathan Schwartz who has been apart of the producing team for IRON MAN, THOR and the GUARDIANS OF THE GALAXY films is said to be having executive oversight on the film with it said to have a Spy-Kids-esque theme to the film.

Let us know your thoughts, if you like the Power Pack, would you love to see Marvel Studios create a film on them.