As fans of the critically and commercially acclaimed TV show are sitting on the edges of their seats in anticipation for the upcoming season 4 premiere, some interesting information has come to light regarding the obstacles Team Flash will be facing over the next several months.

Kilg%re will be taking on Barry Allen and Co. and testing their abilities to the fullest. 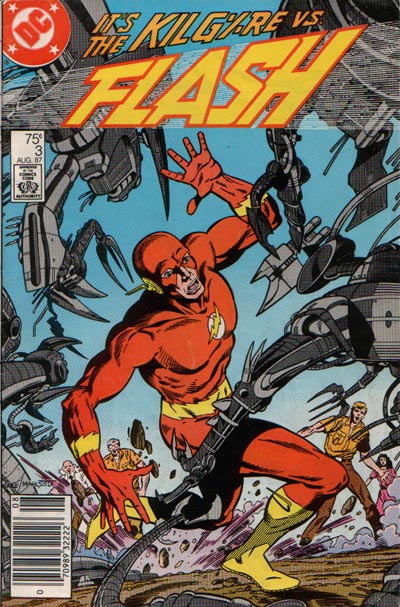 For those unfamiliar, Kilg%ore is a computer virus/artificial intelligence who can and does take control of anything electrical in the general vicinity. Making his first appearance in Flash #3, the futuristic super-villain attempted to take over people’s computer system’s on a global scale. The Flash was able to take it down but Kilg%re has continuously been a thorn in the side of the Justice League for years ever since.

While it is not yet known as to how the entity will be introduced, one has to believe that it will have something to do with the big bad for season 4, The Thinker.

‘The Flash’ airs Tuesdays at 8/7c on The CW and returns on October 10th.

With Barry in the speed force, Iris, Kid Flash, Joe, and Vibe must protect Central City; a powerful armored villain threatens to level the city if the Flash doesn’t appear; Cisco decides to break Barry out of the speed force.