‘The Big Bang Theory‘ is doing a Justice League-themed sweepstakes, and they may have accidentally spoiled something MAJOR in the upcoming DC film. 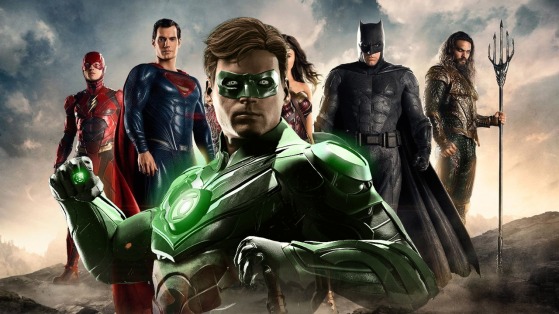 Yeah that’s right, Green Lantern may pop up in ‘Justice League‘, and not just in the history lesson in the film. Our source today is a strange one, but I think it has some pretty strong implications. One of  the geekiest shows out there, ‘The Big Bang Theory‘, is holding a Justice League-themed sweepstakes and some promo art may have dropped a the big spoiler.

Once you enter the sweepstakes the site will let you go the following page, where you can spin a digital wheel. On it though is something very, very interesting. Included with the rest of the Justice League members’ logos, is a revamped Green Lantern one. Take a look; 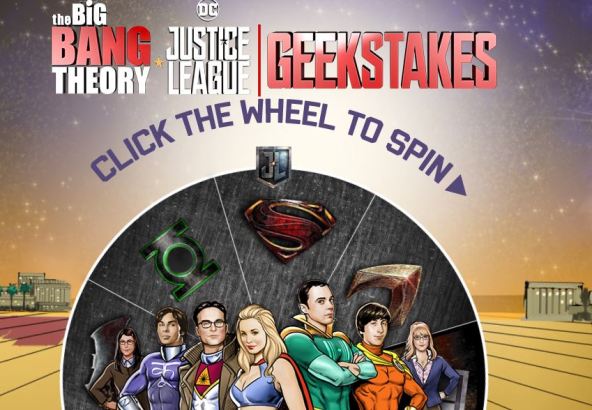 The design for the Green Lantern logo is *not (UPDATE) a new one, featuring a dark lantern with a green outline that what used for the 2011 film of the same name. Although it’s been highly reported that a member of the Green Lantern Corps would be appearing in the flashback history lesson, I think we may get a visit from another more popular one.

If true, this backs up a previous report that claimed two Green Lanterns would appear in the film. Assuming this actually does turn out to be true, one of the first major Green Lanterns that come to mind is Hal Jordan. Perhaps it’s only a small cameo,  but it would be a very exciting and surprising reveal nonetheless. Warner Bros. keeping something this big a secret is similar to how they hid Superman’s death in BvS.

Of course, this could mean very little and only hint possible a reference of the Corps in the film.  But with the inclusion of the logo with the rest of the League seems to suggest something more.  What do you guys think? Be sure to tweet at SuperBroMovies with your thoughts. – Marcos Melendez

Justice League – Fueled by his restored faith in humanity and inspired by Superman’s selfless act, Bruce Wayne enlists the help of his newfound ally, Diana Prince, to face an even greater enemy. Together, Batman and Wonder Woman work quickly to find and recruit a team of metahumans to stand against this newly awakened threat. But despite the formation of this unprecedented league of heroes—Batman, Wonder Woman, Aquaman, Cyborg and The Flash—it may already be too late to save the planet from an assault of catastrophic proportions.