As the premiere of DC’s Justice League draws ever closer we are getting more and more details about the film’s super team.

It was recently revealed that the DCEU’s Flash, while a founding member of the Justice League will also be enrolled as a college student. During an event in the Philippines it was confirmed Barry Allen is still attending Central City College.

An image of the Flash exhibit at the event offered us this look into the character’s background. 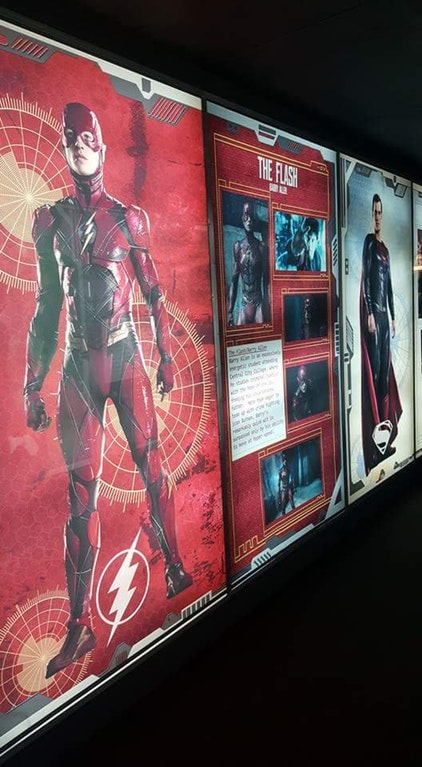 The picture above states:

And while the middle section is difficult to read it appears to explain that Barry is studying criminal science in the hopes of one day clearing his father’s name. The text then goes on to say how Barry will be teaming with, Ben Affleck’s Batman.

The text then concludes that:

“Barry’s remarkably quick wit is surpassed only by his ability to move at hyper-speed.”

Given that Barry is so much younger than the rest of his team it will be an interesting dynamic for the film to explore in terms of how the rest of the League sees Barry as a hero. It will also be intriguing to see how this Barry differs from other incarnations, such as The Flash featured on the CW who is already a CSI. – Jacob Campbell

Justice League – Fueled by his restored faith in humanity and inspired by Superman’s selfless act, Bruce Wayne enlists the help of his newfound ally, Diana Prince, to face an even greater enemy. Together, Batman and Wonder Woman work quickly to find and recruit a team of metahumans to stand against this newly awakened threat. But despite the formation of this unprecedented league of heroes—Batman, Wonder Woman, Aquaman, Cyborg and The Flash—it may already be too late to save the planet from an assault of catastrophic proportions.