Who remembers playing Rampage video games as a kid? That was me back in the day and now we are getting our first live action adaptation of the video game starring Dwayne Johnson.

Johnson will be teaming up with San Andreas director, Brad Peyton, to bring the character, a primatologist named, Davis Okoye, to life. Okoye lives in this world where George, a 7-foot gorilla, is his best friend. 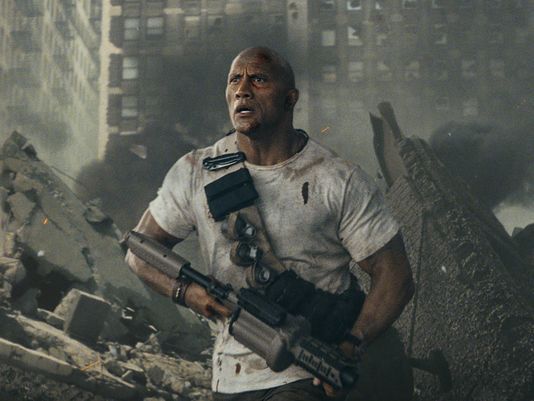 Johnson talks about what Okoye brings to the table:

“When I was a kid, when you watch these movies everyone is looking up at something and terrified. As a character, I loved that position where I’m looking up and there’s nothing you can do, but try to survive these three gigantic mutated monsters. When animals like you, they lick you. When they don’t like you, they eat you. That’s his philosophy, which has gotten him far in life.”

George, along with two other animals, a wolf named, Ralph, and a crocodile named, Lizzie, undergo an experimental serum that goes wrong and grows to 30 feet each. Okoye will work to save his friend from Ralph and Lizzie with the help of Dr. Kate Caldwell played by Naomie Harris and government agent Harvey Russell that tracks the three monsters is played by Jeffrey Dean Morgan. Claire Wyden, played by Malin Akerman, will not make their challenge easy as the villain. 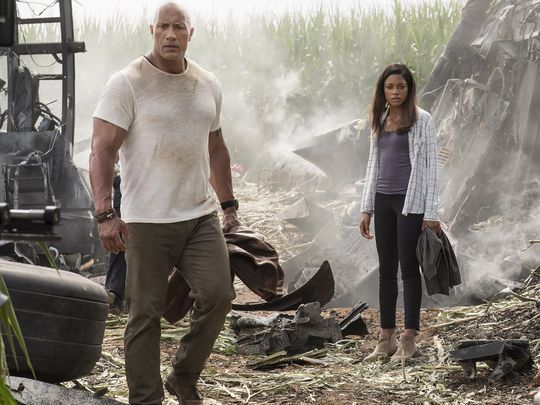 Johnson raved about what Akerman brings to the movie as the main villain:

“Not only can [she] carry the screen, but [she] can also be captivating and really believable in terms of her malevolent nature.”

Johnson also gives a brief explanation on what to expect from the movie:

“You have to ratchet up the dial 10 times with Rampage. These monsters are relentless and audiences are going to find that ride very exhilarating. As an actor in the movie, it’s fun and daunting. It’s 12 to 14 hour days of survival and it’s not quiet survival either.” 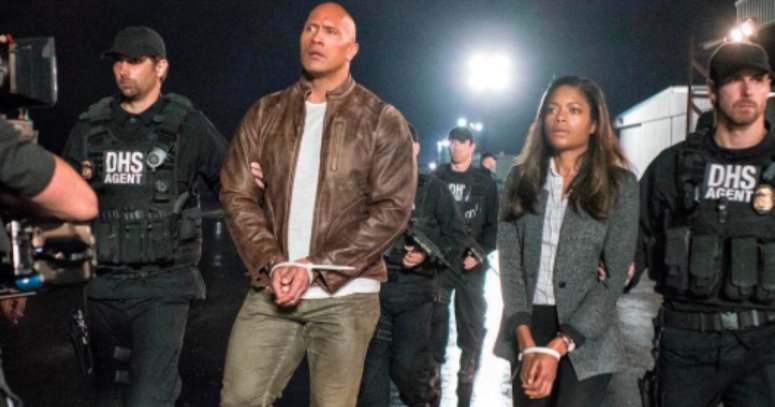 It will be interesting to see Rampage as a live action because I would never thought there would be a movie made out of this game. Hopefully the quality of the CGI looks awesome and the cast is a pretty good cast. So hopefully this movie carries.

Do you guys have any expectations for this movie? Do you think it is something that is worth marking the calendar for once the premiere date is announced? Be sure to tweet your thoughts out to @SuperBroMovies on Twitter.

Rampage comes out sometime in 2018; no set date has been confirmed yet.