One week away from the HUGE Arrowverse crossover with ‘Supergirl,’ ‘Arrow,’ and ‘The Flash,’ The Legends find themselves in all sorts of trouble as they come face to face with one of the greatest villains in the entire Arrowverse.

Usually reserved for battles with The Scarlet Speedster, Grodd finds himself at odds with the Legends of Tomorrow with the jungles of Vietnam serving as the setting and battlefield. This episode begins with Zari defending her actions regarding dropping Helen of Troy off at Themysciria.

Captain Sara is still unconscious following her battle with Damien Dahrk last week. So it is up to the team to pick a time period to fix an inaccurism. This time it is 1967 Vietnam where American and Vietnam soldiers are being destroyed by a mysterious creature. Meanwhile, Mick is very jumpy about being in Vietnam in this specific time period due to his father being being stationed there. Nate assures Mick that he would never run into his father here and that he would buy him a six pack if he ever ran into him.

Which is exactly what happens.

Mick admits to Nate that he killed his father, or let him burn in a house fire. Nate, having the same reaction Supergirl had in last year’s Arrowverse Crossover, disgust. Ray, Zari, and Amaya is brought to where the creature is while those seemingly under the influence of a specific creature’s psychic ability attack. Vietnamese and American soldiers work side-by-side on a camp under the watchful eye of GRODD.

Business has just picked up.

Grodd has created a utopia for himself. He uses his telepathic powers to control and create a false ‘peace’ between the two warring sides. Amaya does NOT like what she sees with Grodd taking over the minds of these people and she concocts a plan to use Ray’s Shrink Ray and take care of Grodd.

Mick bonds with his father over a fire and seems to be addressing his daddy issues. He is instantly sent into a depression and burns his own skin. Amidst this mental breakdown, the inaccurism turns from a level 8 to a level 10.

Grodd is using the powder keg that is Vietnam to incite World War 3. The best part of this whole sequence was the callback from Jax and Professor Stein to their former run-ins with Grodd.

GRODD TAKES AMAYA AND SHOWS HER HIS PLAN. IT. IS. NOT. GOOD. The President of the United States is about to kidnapped and murdered.

Zari confronts the main follower of Grodd who is busy justifying her mindless following of the beast. Zari, who has also lost her family to a mindless war, talks some sense into her until, you know, the telepathic primate uses his abilities to take her down.

Jax is in the middle of an identity crisis. He needs to stand on his own because, as we all know Victor Garber is leaving the show and Firestorm is going to be broken up. He wants to fight on his own and prove that he can stand on his own two feet.

Amaya uses her talisman to reach Grodd in a way he has never felt before and promising that they will use the Waverider to take Grodd to a time before humans. Until they are under attack by Mick’s dad and his battalion. Grodd vows to take the Waverider and create a planet of apes. (heh)

Professor Stein is warned of the Waverider’s impending doom and is pissed. 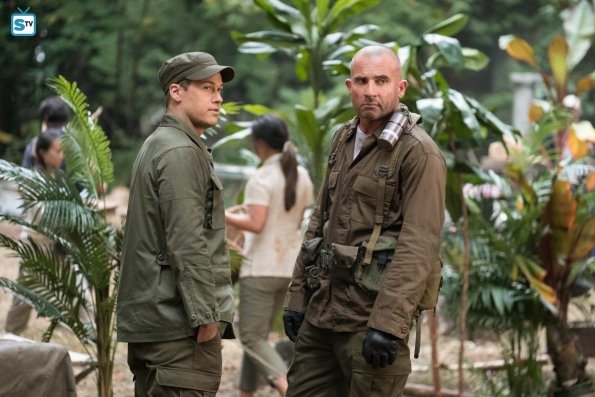 Once again, Mick is seemingly turning his back on the team Jax is saving President Lyndon B. Johnson from a landmine. While Mick finally works out his daddy issues by urging his father to think of his future family before committing any future acts of reckless violence.

Sara is awake. But under the control of Grodd. Sir Isaac Newton, who Professor Stein brought in to help with the Firestorm project, saves the day. Hilarious. 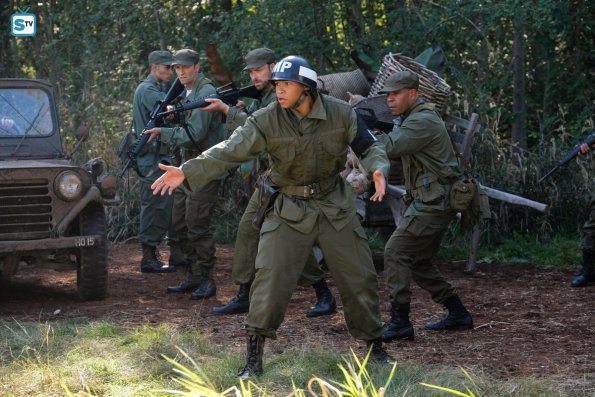 Amaya has a change of heart regarding her granddaughter Kuasa. Professor Stein and Jax are slowly beginning to say goodbye (it’s heartbreaking).

Damien Dahrk has now aligned himself with Grodd. This sucks.

Next week is the crossover. And the Legends chapter has been promised to make longtime fans cry. Maybe the fact that Captain Cold will be returning? 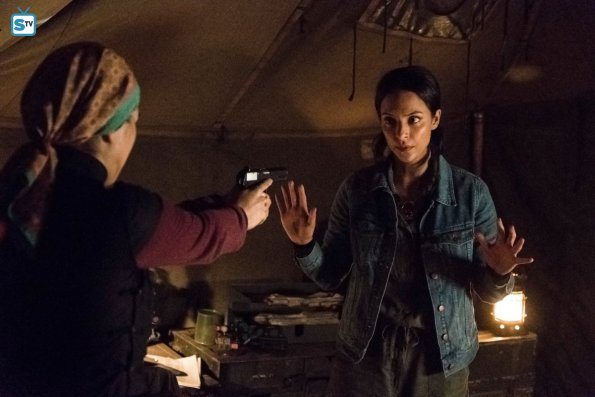 With Sara (Caity Lotz) out of commission, the team finds a new Anachronism that leads them to the jungles of Vietnam and right in the middle of the war.  Ray (Brandon Routh), Amaya (Maisie Richardson-Sellers) and Zari (Tala Ashe) pose as journalists and trek through the jungle when they are lead to time-displaced Gorilla Grodd.  Meanwhile, Nate (Nick Zano) and Rory (Dominic Purcell) run into someone Rory knows which give a glimpse into his past.