With the announcement of a reboot, die-hard fans of Hellboy are upset that the original franchise won’t have the closure of a third movie. With so many people devoted to the first two films, it seems that new Hellboy actor David Harbour has big shoes to fill. Although he wasn’t originally intended for the part, his praiseworthy performance in Stranger Things got the attention of the people working on the reboot. He has the makings of a great Hellboy though, and here are the reasons why: 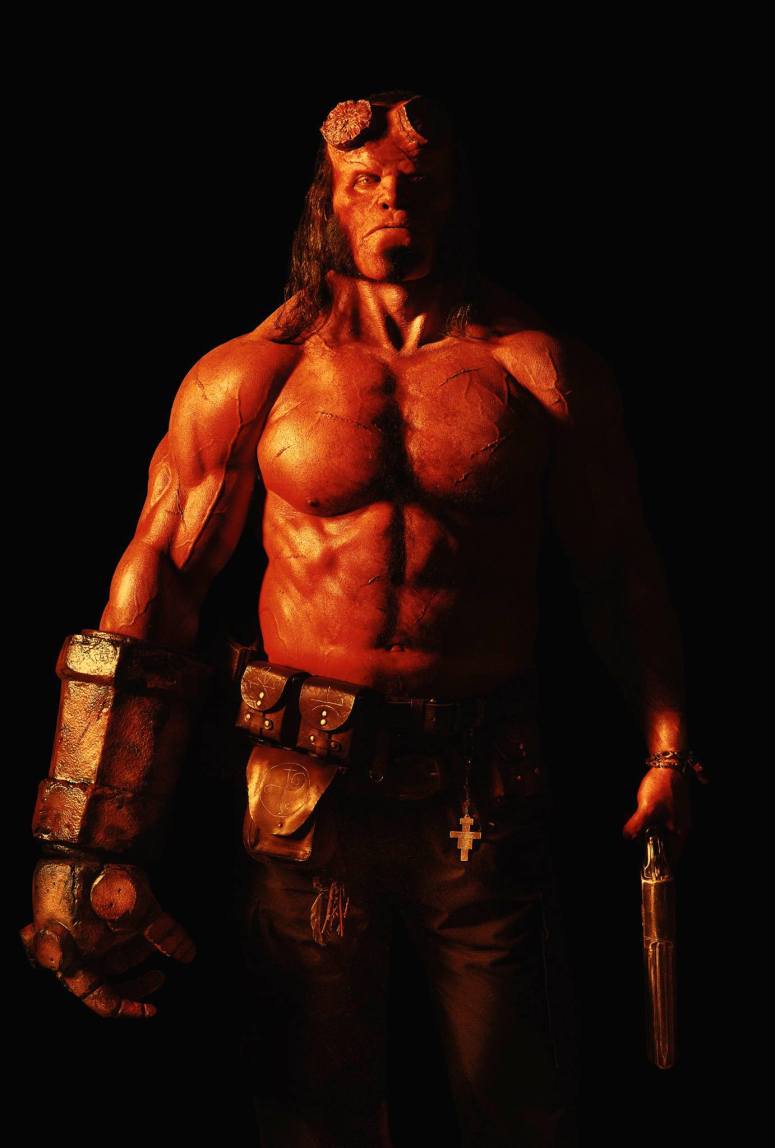 Since Ron Perlman – the actor who played the part in the first two movies – is now 67 years old, it’s a good time to pass the torch to someone else. David Harbour, 42, is an appropriate replacement. Did you see his first look as Hellboy? It’s not far off from Perlman’s version, as stated before here on Super Bro Movies.

2. He’s got a Primetime Emmy nomination

Harbour’s portrayal of Chief Jim Hopper in Stranger Things afforded him a Primetime Emmy nomination for “Outstanding Supporting Actor in a Drama Series”. The Emmy nomination is an additional testament to his acting skills, so it’s safe to say that Harbour has what it takes to portray Hellboy.

3. He started on Broadway

A quick look at his profile will tell you that he actually began his acting career on Broadway. He was even nominated “Best Featured Actor in a Play” at the 2005 Tony Awards for his work on Who’s Afraid of Virgina Woolf? His experience in theater can bring a different flavor to the film.

4. He can nail Hellboy’s personality

Kayleigh Donaldson wrote on ScreenRant how the actor provided grit and a sarcastic edge to his character in Stranger Things. The cynical cop may have been a jerk but Harbour managed to make him likeable. Hellboy has similar traits. The unlikely hero is gruff and quick to anger, but has a genuinely good heart for others. Since Harbour already has experience with such roles, he’ll do just fine with Hellboy.

You may not realize it at first but David Harbour had a role in Suicide Squad: Dexter Tolliver, the President’s national security advisor. Harbour was also in The Green Hornet as the corrupt district attorney Frank Scanlon. With this background, Harbour is perfectly aware of the preparations needed to make superhero movies, especially now given how much of a big deal they are.

Preparing for a superhero role is no easy feat. But thanks to a strict fitness regimen and training from famous trainer Don Saladino, Harbour molded his body to become the demonic hero. As you can tell when you compare it to his appearance in Stranger Things, it was an extreme transformation.

7. He has Ron Perlman’s blessing.

Weeks after the news of David Harbour’s casting, Ron Perlman posted a photo on Facebook with Harbour and Patton Oswalt, indicating that there’s no bad blood between the two. Dread Central also relayed Perlman’s statement during a panel at Motor City Comic Con, “David Harbour is a good dude. I wish him nothing but the best when it comes to the retooling of HB.”

8. Guillermo Del Toro endorses him too!

Speaking at the Annecy Animation Festival, Guillermo Del Toro, who directed the first two Hellboy movies, expressed his support for the reboot as well and said that “It’s perfectly fine.” He iterated that Mike Mignola owns the character and so he respects his decision to reboot the franchise.

9. He’s in the hands of a good director

The old Hellboy movies were cult favorites because of Guillermo Del Toro’s guidance. While he won’t be helming the reboot, its director Neil Marshall has an impressive resume, too. He’s the man behind the thriller movie The Descent, as well as a few episodes in Game of Thrones and Westworld. Considering his repertoire, he can handle the R-rated Hellboy reboot well.

If the creator of Hellboy is fine with his casting, who are we to argue?

Hellboy, after all, is an iconic comic book character. He goes by numerous titles: World Destroyer, Great Beast, Right Hand of Doom, Son of the Fallen One, and more. He’s not just a big deal in the comic world, as gamers were pleasantly surprised when the popular fighting game Injustice 2 revealed Hellboy to be a playable guest character. His play style is on the tankier side, given his enormous physical form. On a more independent approach, online game platform Slingo recently released its Hellboy title, which feature elements of the demonic hero from the comics. These spin-offs, as well as many others, show the widespread respect for the character. Mike Mignola certainly knows this, so the audience just has to trust his vision for the franchise.

The release date for the Hellboy reboot is yet to be announced.