Jennifer Lawrence is one of the most recognizable faces in all of Hollywood. She is the star of the Hunger Games franchise, has been nominated for and won an Academy Award, and has been the center of quirky and/or controversial moments in pop culture.

Lawrence will be reprising her role of Mystique in the upcoming X-Men: Dark Phoenix despite stating that X-Men: Apocalypse would be her last time trying on the blue paint. Many fans were perplexed as to why she changed her mind but the star has finally shed some light on why she made the choice to return to the franchise. Turns out, it was due a friendly, informal agreement with director Simon Kinberg. 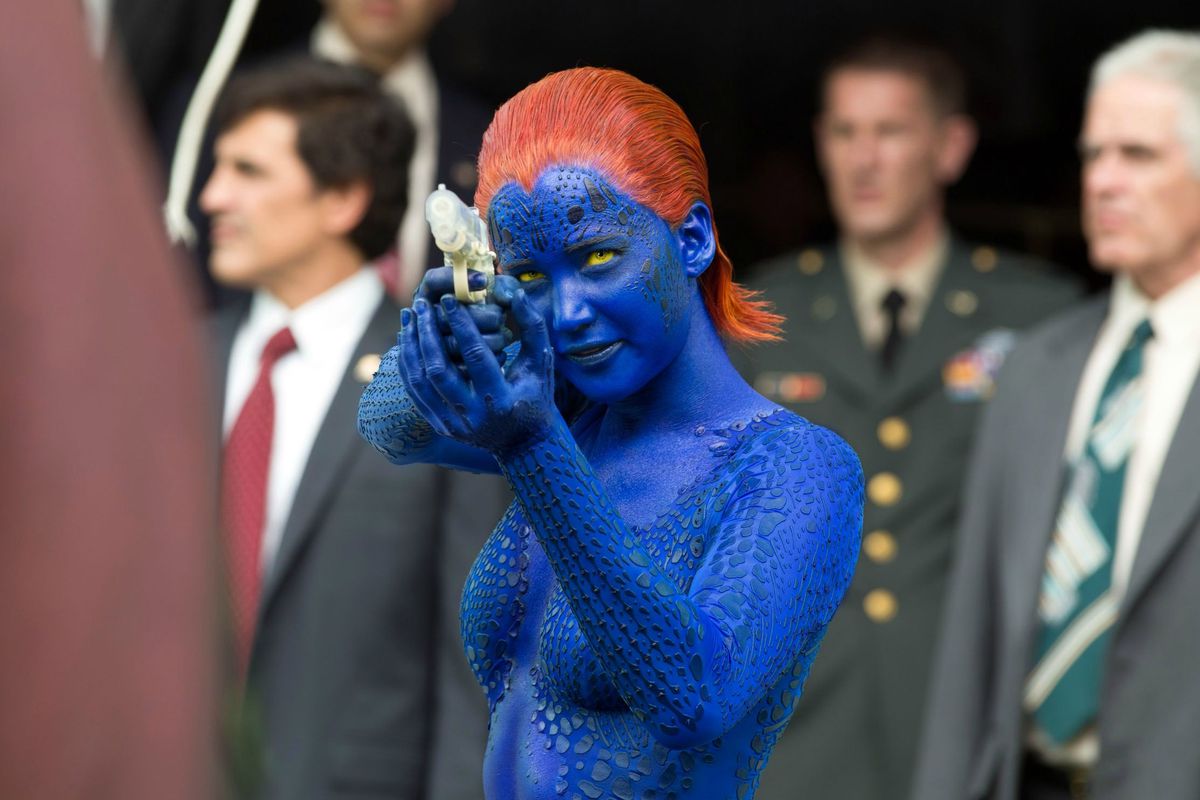 “I kind of f*cked myself,” Lawrence joked. “Because when I was trying to talk Simon into directing, he said something like, ‘If I direct it, you have to do it,’ and I was like, ‘Of course! Duh!’ Then they offered me the movie, and I was like, ‘Goddammit!’”

Along with Lawrence being a woman of her word, she has also grown to love and appreciate the passionate fans of Mystique over the years. She also seemingly has a very good working relationship with Kinberg despite negative reviews for the last installment to the series.

“It was the fan base, though, too — the other reason was for the fans,” She said. “Acting-wise it was the best experience I’ve had [on these films],” Lawrence confessed. “He’s been writing these characters for so long and he knows them so deeply. I suddenly felt more connected to my character than I ever have been before. It was unrecognizable. Everything was on time. Everything was organized. These movies have always been fun amidst chaos, and now they were fun with no chaos.”

What do you think? Are you happy Jennifer Lawrence is returning to the X-Men films franchise? Tweet us @Superbromovies with your thoughts!

Jean Grey begins to develop incredible powers that corrupt and turn her into a Dark Phoenix. Now the X-Men will have to decide if the life of a team member is worth more than all the people living in the world.