Earlier this season, ‘Arrow’ dropped one of the most talked about Easter eggs in the history of the Arrowverse when Stephen Amell’s Oliver Queen mentioned Bruce Wayne and Gotham City. This small moment sent the internet in a frenzy and built speculation that, like Superman, Batman himself would someday make an appearance in one of the 4 shows that exist within the same CW shared universe.

Fans are not the only ones thinking of the possibilities of the Dark Knight showing up in Star City, Central City, or aboard the Waverider. David Mazouz, who plays Bruce Wayne on Fox’s ‘Gotham’ has some ideas about a potential crossover with The Flash, The Green Arrow, Supergirl, and The Legends of Tomorrow. 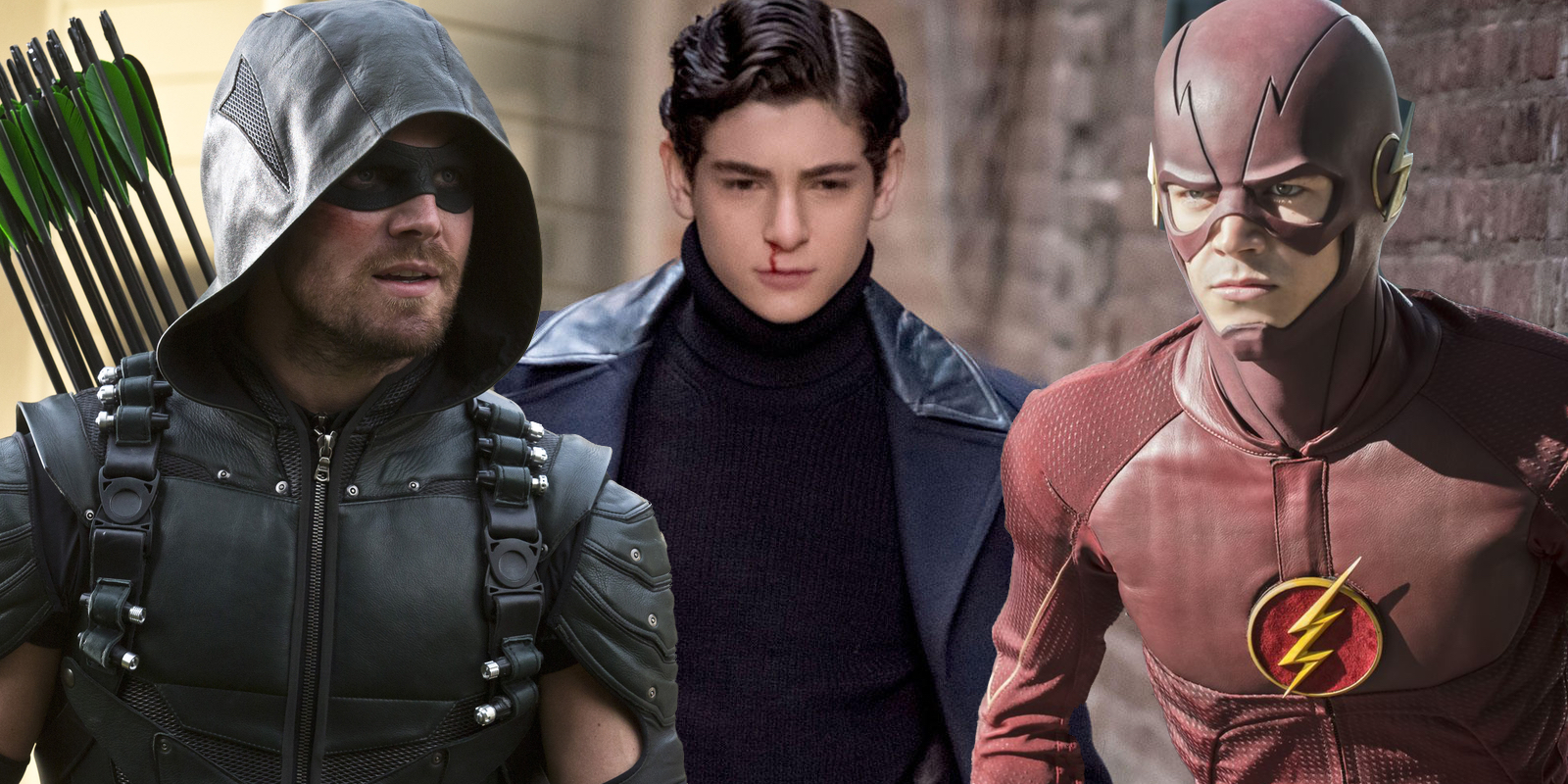 During an interview with ComicBook.com, the young actor had this so say about what could be:

“First of all, if there’s going to be a Crossover, they come to Gotham,” Mazouz said. “That’s kind of a must have because nobody in Gotham can time travel yet. The Flash kind of had their run-in with Flashpoint a couple of seasons ago. Maybe there could be another kind of Flashpoint where Flash runs back in time and goes to Gotham and maybe tries to stop Bruce Wayne’s parents’ murder from happening. Maybe not the traditional ‘Bruce Wayne gets murdered instead and Thomas becomes Batman thing,’ but something along those lines where the whole world gets whack and it’s up to Flash to fix things in Gotham.”

No doubt about it, young Bruce Wayne working side by side with The Flash to take down villains like The Penguin or Jerome Valeska would be a ratings goldmine.

What do you think? Do you want ‘Gotham’ to join The CW’s Arrowverse? Let us know @superbromovies.