G.I. Joe 3 finally has a release date. They will be back in theaters March 27, 2020. Paramount announced the news yesterday!

The first film performed poorly at the box office, and the second performed fairly making at least 50% more than the budget. The budget for Rise of Cobra was $175 million and the movie made $302.5 million. The budget for Retaliation was $155 million and the movie made $375.7 million. These films had star power and diversity, but could never truly meet box office expectations. Channing Tatum, Dwayne Johnson, Bruce Willis, and many more stars apart of the cast haven’t been able to exactly put the numbers that Paramount wants. Hopefully, this changes with the third installment. 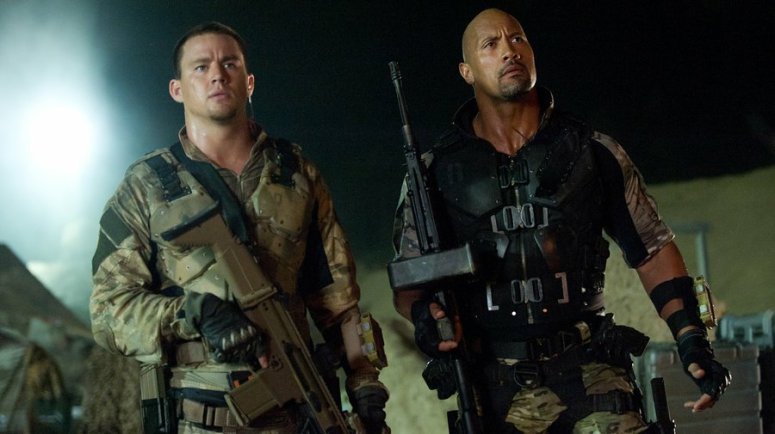 The last film left us with a dead Duke (Channing Tatum) and a lot of other dead Joes. Roadblock (Dwayne Johnson) and Storm Shadow (Lee Byung-hun) are still on a tear for revenge against Cobra. We will see where this film takes us in the G.I. Joe franchise. There are a few things that can happen, but we will see where they take us. I think the right director could turn the franchise around for the better.

Paramount has put together the Transformers franchise, TMNT, Battleship, and G.I. Joe recently. They have announced a Dungeons and Dragons, Micronauts, and a few other movies over the next couple of years. We will see how this all pans out as the years pass and the films release.

Are you guys excited about G.I. Joe 3? Follow us @SuperBroMovies and let us know your thoughts! Please share the article and spread the word!