Avengers: Infinity War is arguably the most anticipated film of the year. The Marvel Cinematic Universe has been building up to this event for five years now. Marvel Studios Present Kevin Feige has confirmed that the next two Avengers films will be a culmination of the ten year narrative that the universe has been building upon. The last time films have played this ultimate bookend role was when the Harry Potter Saga ended.  Of course, any huge film must come with huge advertisement and product sales. Funko’s Pop figure line have been dominating the toy industry for a couple of years now. The pops that usually accompany an MCU film’s release are usually top sellers for Funko.

The internet more than often pulls a few strings up its sleeves and provides fans with leaks and early peaks at various products. Funko being the popular business they are- is usually the subject of such schemes. If one is dying to get their hands on Pop figures from Infinity War, then they are in luck today for they get to see early detailed images of the figures. 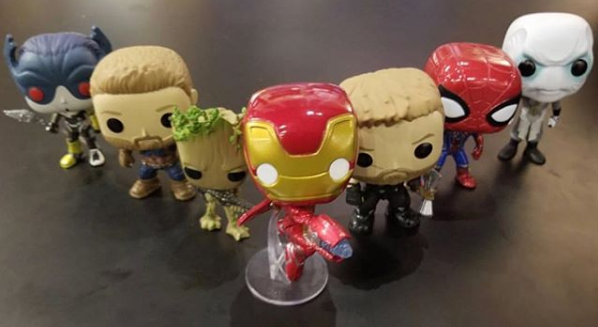 All of these images were taken by employees inside a Box Lunch Gifts store. The internet has proved again that no image that carries this much excitement can be secret for long. More video and images of the figures can be seen below via various Instagram pages dedicated to Pops. 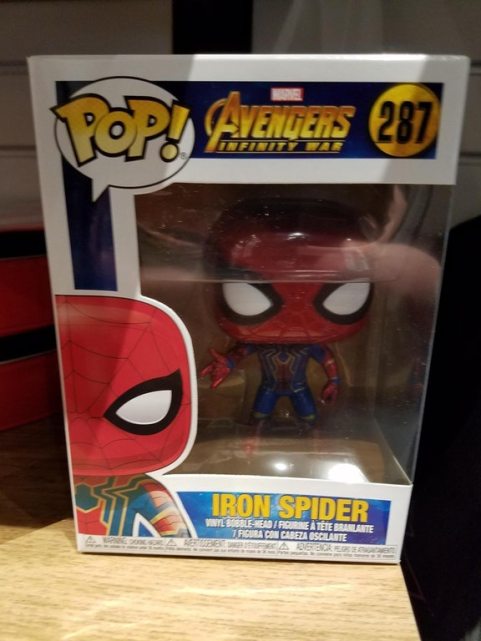 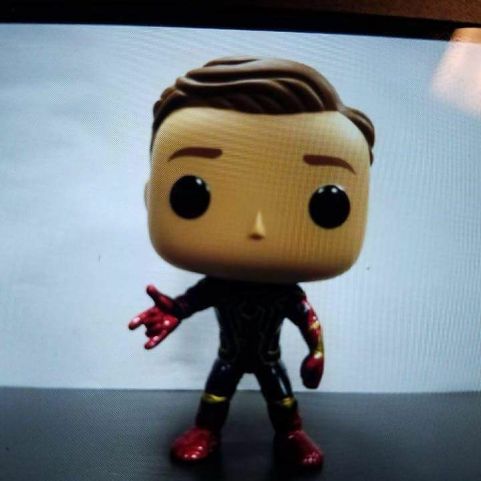 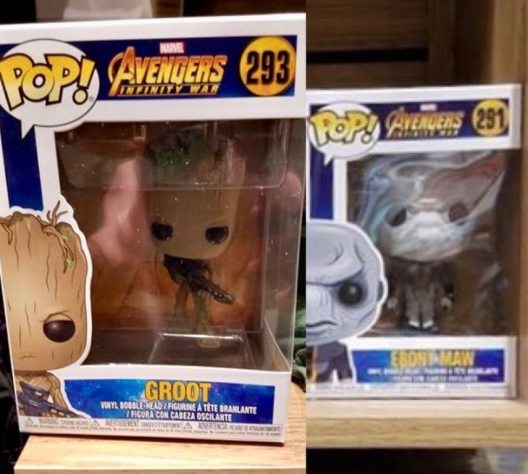 This sneak peak gives fans a better look at some of the details that some Avengers and members of the Black Order will sport in the film. The best details come from the armor and attire that Proxima Midnight and Ebony Maw wear. One cannot argue that they are not very accurate to the source material. Spider-Man’s new armor shines very well with the inclusion of a possible unmasked variant figure. What one can assume is Iron Man’s mark 48 armor also shines and resembles some of the more recent comic armor very well. Teen Groot holding a gun is also a delight to see.

The final details to notice is Thor’s eye and new weapon. He is holding a battle ax that resembles his ax jarnbjorn from the comics. He also has his eye back, but with a scar that reminds fans of Hela’s wrath. Some may be disappointed that he just might end up losing the cool eye patch after all. However, The scar on his face may still give the character a threatening look. These Pops will all get officially announced by the company weeks before the film’s release. The wait will not continue for much longer.

Check back soon more updates on Avengers: Infinity War and the MCU leading up the release of Black Panther in two weeks- Andrew J. Salazar (@yokis101 on Twitter)

Avengers: Infinity War releases in theaters on May 4th, 2018.

An unprecedented cinematic journey ten years in the making and spanning the entire Marvel Cinematic Universe, Marvel Studios’ Avengers: Infinity War brings to the screen the ultimate, deadliest showdown of all time. The Avengers and their superhero allies must willing to sacrifice it all in an attempt to defeat the power of Thanos before his blitz of devastation and ruin puts an end to the universe.