Following the release of Justice League, fans were left wanting more, a lot more. Deleted scenes and reported information that was left on the cutting room floor have revealed a few plot points that didn’t make it into the final cut of the film, one of which was Apokolips and Darkseid. A newly released BTS featurette that accompanied the home release of the film may have shed some light on the Darkseid mystery.

The featurette which detailed the making of Flash’s suit in the film also gave a look at a wall of images that appeared to be concept art for the movie. Looking closely at about 30 seconds in, an image is visible that shows a figure that looks like Darkseid. You can check out the blurred image below: 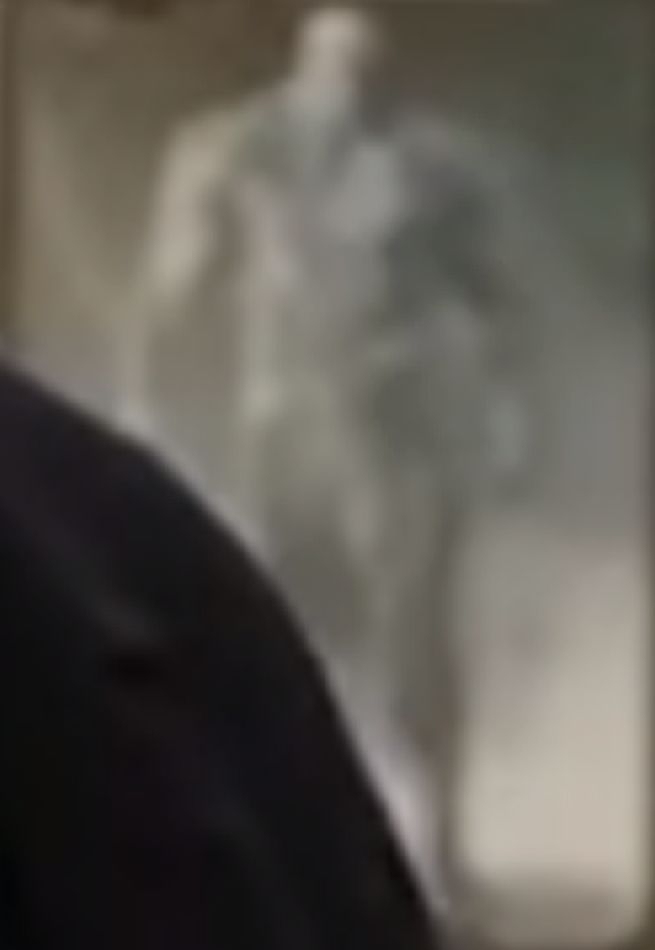 The size of the character resembles what Darkseid has looked like in recent incarnations. It was unlikely that the Justice League crew was going to stray far away from the iconic look of the character, which was more or less confirmed when a storyboard from the film including Darkseid was released.

The Apokolips storyline was set to be a major one when Justice League was still two-parts, something that was hinted at heavily in Batman V. Superman. There’s no need to go over again what happened during the production of DC’s most recent project but the much talked about reshoots eventually led to the removal of Darkseid and led to Steppenwolf becoming the films only protagonist.

You can check out the full featurette below:

Would you have liked to have seen Darkseid in Justice League? Let us know in the comments below! –Jackson Hayes

Fueled by his restored faith in humanity and inspired by Superman’s selfless act, Bruce Wayne enlists newfound ally Diana Prince to face an even greater threat. Together, Batman and Wonder Woman work quickly to recruit a team to stand against this newly awakened enemy. Despite the formation of an unprecedented league of heroes — Batman, Wonder Woman, Aquaman, Cyborg and the Flash — it may be too late to save the planet from an assault of catastrophic proportions.