Tonight’s episode of Atlanta was very different than the others we’ve seen so far. ‘Helen’ does not take place in the city. It takes place at an Oktoberfest in a village called Helen, located in Georgia’s White County. This episode makes you think of ‘Get Out‘ in plenty of ways. We also get our second episode that includes Van. She has to come to grips with reality in this one though, that it may be time for her and Earn to go their separate ways officially.

The episode starts with Van getting everything she wants. She’s getting pleased physically and Earn is joining her to Oktoberfest. Everything seems to be going her way. She’s doing something she loves and she’s taking her man with her. Little does she know that Earn doesn’t want to go. It actually kind of hurts to watch this episode of you’re rooting for Van and Earn like I am. Usually, when you’re in a relationship you do things your significant other likes, even if you don’t like it, simply because they like it. This plays into this episode heavily. We haven’t exactly seen Earn do a lot of things Van likes lately, but we have seen Van doing things Earn likes. This is what makes things complicated.

Earn feels like since he’s been paying the bills he calls the shots. It’s actually pretty crazy to see how much he’s changed now that he’s making money. Last season it kind of seemed like Earn was at Van’s will. This season it seems like the complete opposite. Last season Earn was broke with no job, now Van is “in-between jobs” after getting fired last season. The roles have switched now and Earn has taken advantage of it. He’s gotten a tad bit cocky since Alfred blew up and he’s been getting those nice checks. These things usually happen when people become successful though, they let it go to their head.

On their way to Helen, Earn and Van have a normal conversation about the trip. She isn’t worried about how people will treat Earn at the festival. She’s more concerned about how Earn will treat them. She notices he doesn’t seem to find of the trip. He really seems more interested in doing “lodge stuff” than enjoying the actual festival with Van. You can tell she’s bothered by this, she looks nervous and is smoking weed to relax in the scene. Everything leading up to them actually interacting with the people in Helen tells you something bad is brewing. Earn just seemed a tad bit distant, and everything Van told him and that he saw just kind of made things progressively worse. Van tells him about the Blackface that some of the festival-goers put on, and his reaction is what every black man’s reaction should be: “That didn’t bother you or feel wrong when you were younger?” These things just join the build-up for the ending of this episode.

They play games at the festival and interact. They meet Van’s friend Christina and her boyfriend, Dave. Earn seems really bothered by the atmosphere. There are polka music and dancing, and all the things you would expect at a German Oktoberfest. Earn isn’t feeling it though. He seems upset almost like Van is forcing him to do everything there.

Earn talks with Dave and expresses his feelings. He basically says that he doesn’t want to be there doing lame shit. He thinks Van wants him to do lame shit, and that’s not him. Van wants a guy that speaks German and enjoys these festival activities. Earn then tries to get some one-on-one time with Van. She seems pretty upset about it though. Earn challenges Van to a game of ping pong. If he wins, they take a trip to the lodge, if Van wins he does festival activities. Van beats Earn 2-0 out of 3 games. Earn gets upset because he feels like he wouldn’t play hard in a game of basketball. This builds tension between the two. Earn being Earn, he eventually walks away for a bit after an argument with Van.

There’s more complexity to this episode though. The thought process of a black woman that “dates white” is also brought into perspective here. Christina introduces Van to some of her friends as “Lottie’s Mom.” They know Earn and introduce themselves as some of the people that work with Earn at the label. This is kind of snap to reality for Van because it shows her that Earn is actually working. Christina makes a mistake and upsets Van though. Van doesn’t like being introduced as “Lottie’s Mom” she states that she has a name and she wants to be known for it.

Christina then throws some shade and tells her that this is the life she “chose.” Christina says that Van chose the life of a baby mama because she always “chose black.” Christina on the other hand always “chose white.” This creates a lot of anger in Van. Van didn’t choose a life, she just always did what she thought was right. Christina talks about how Van would ditch her and her friend to go hang out with black people. Christina’s friend was actually just really rude to Van. 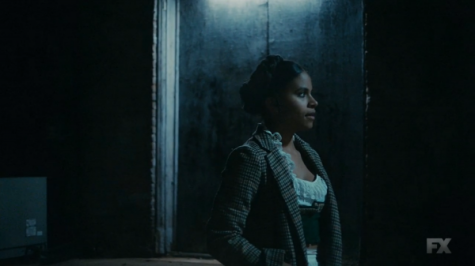 Christina is one of those black People that doesn’t understand she’s black. She straightens her hair, dates white men, and everything else under the sun you can do to not except your blackness. This identity crisis happens a lot, and it’s good to see a TV show bring it to the spotlight some more. This created a well-needed dialogue. Christina would pander to Van and their other black friends as if she was a white woman. This drove a divide between them which is ultimately why they barely hung out anymore.

At this point, Van just drives up a wall and filled with anger. She also has lost her phone and needs to get in touch with Earn. Her phone was stolen by some sort of thief that steals from one person at the festival and the festival goers search for the missing item. This happened to be Van’s phone. While the search party looks for Van’s phone, she speaks with a gentleman that Earn had got upset with earlier. The guy was serving beer to Van and Earn, and if seemed as if he was flirting with Van in German. He’s basically telling her that he has a place Van and Earn can stay in if they ever visit Germany. She explains it’s a complicated relationship, and they dive into that. They talk about the death of love in a relationship and moving on for your own good. He explains to her that she has to love herself before she can love anybody else. Earn is behind them the entire time. Van then goes to pee behind a dumpster, and she finds her phone. A text from Earn reading,”We should talk.” Sits on her lock screen, and it’s almost like she has an epiphany. 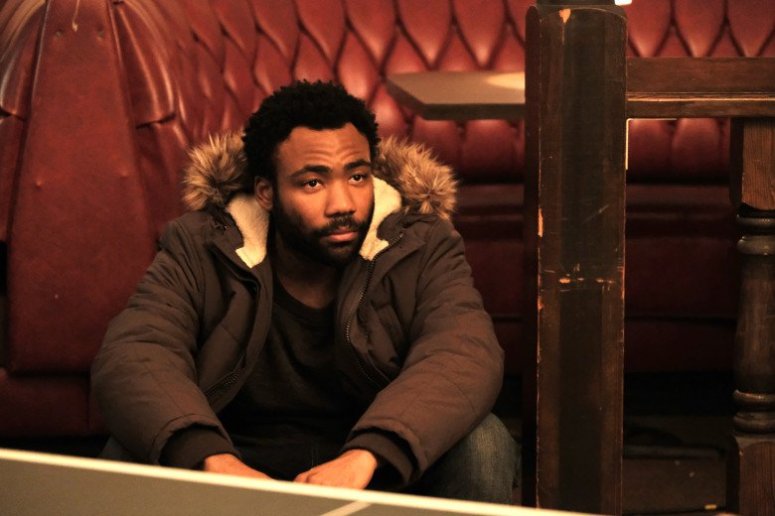 She meets with Earn at the ping pong table and expresses her feelings. She states that she “wants to be in a real relationship and not just an accessory Earn can fuck.” Earn goes on a quick rant about Van making him do things that she likes, but never doing stuff he likes. Mind you, they just went to the strip club last episode. Earn speaks on that, and Van explains that she didn’t want to go, she just went to spend time with Earn. Van goes on a rant expressing her feelings and pretty much telling Earn she loves without actually saying it. Earn being Earn though, he doesn’t understand or he doesn’t care too. Van pulls a ‘Love and Basketball’ and pretty many plays Earn in ping pong for their relationship. We don’t actually know what happens, but it wasn’t good. Van basically tells Earn that he only has to speak to her if it’s about money or Lottie. Earn seems like he’s hurt, but he’s too prideful to say anything.

On their trip back to Atlanta, Van seems distraught and disappointed. It’s a pretty upsetting scene if you’re a fan of Van. Earn just doesn’t care though. He’s smoking weed and relaxing. It’s kind of a sad scene, but these things happen in relationships. Christina is happy with the life she has chosen, and Van is not happy at all anymore. Its kind of like Van hates it all because she was just talking so highly of things. When they get home Van and Earn go their separate ways. Earn talks about picking Lottie up from his parents. She kind of looks like she’s waiting on Earn to take it all back but he never does.

All in all, this was a pretty deep episode that drove into narratives and topics that have been discussed daily on social media. That’s the thing about Atlanta, it speaks on topics that are relevant through cameras and scripts. We probably have all been in this situation or know someone who has. The black friend who thinks they’re better than you and doesn’t want to accept their blackness. The weird situation that Earn and Van are in, we call this a situationship, where you don’t know what’s going on, but you’re kind of just there. This episode gave me ‘Juneteenth’ vibes and I enjoyed it.

What did you guys think? Did you enjoy the episode? Tweet us your thoughts @SuperBroMovies! We love to hear from you guys!!

Atlanta is one of the top cities for young rappers looking to make a name for themselves in the business. Among those up-and-comers is Alfred Miles, a hot new artist who is trying to understand the line between real life and street life. He is managed by his cousin, Earn, who gets caught up in the local rap scene and his cousin’s career after returning home to the ATL. Earn does whatever he can to try to get Alfred’s career to the next level. Darius, the rapper’s right-hand man and visionary, is also in Alfred’s entourage. When Earn isn’t busy managing his cousin’s career, he spends much of his time with best friend Vanessa, who is also the mother of his daughter.