Were you awake when Donald Glover tweeted out his script for an episode of FX’s canceled Deadpool animated series? The script was fake of course, it seems as Glover had just written it to show how busy he wasn’t. It was absolutely hilarious and has so many puns, quips, and references that literally made you through reading the whole thing. It makes you think of what could have been, Glover’s writing fit Deadpool perfectly.

The show was to be written and curated by Glover and his brother Stephen. We are still wondering what happened, and while we may never know the truth… Stephen Glover has shed light on the situation through some now deleted tweets. 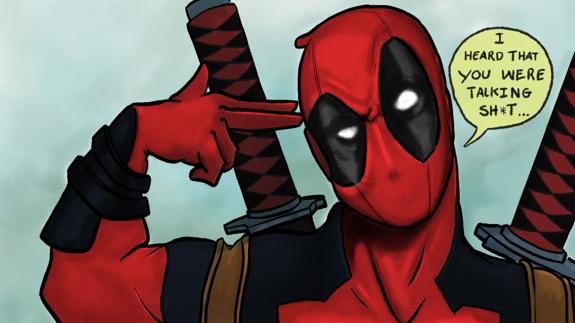 “There really was a Taylor Swift episode. It was HILARIOUS. And it definitely was the last straw lol.”

“Our show wasn’t too black. It wasn’t really that black at all. But we definitely wanted to give ‘Rick and Morty’ a run for their money and I think we would have. Proud of the gang.”

The tweets are referencing a Taylor Swift centric episode. If you’ve read Glover’s script then you can only imagine how an episode centered on Swift would play out. These types of things must have been the “created differences” referenced in the statement out by FX last weekend when the news broke initially.

FX’s statement on the matter:

“Due to creative differences, FX, Donald Glover, Stephen Glover and Marvel Television have agreed to part ways on Marvel’s ‘Deadpool‘ animated series,” the cabler said in a statement. “FX will no longer be involved with the project. FX and Marvel have an ongoing relationship through our partnership on ‘Legion,’ which will continue.”

The network ordered a 10 episode first season in May of 2017. The Glover brothers were going to write, executive produce, and be the showrunners for Deadpool. The animated adult action-comedy was going to launch on FX later this year.

Donald Glover inked an overall deal with FX productions to produce Television series for the FXN, other networks, and streaming services. In addition, he was going to continue to work on Atlanta. Deadpool was one of the shows, we have yet to hear of any other shows the Glover brothers are going to helm for FX.

You can see Glover’s tweets below: 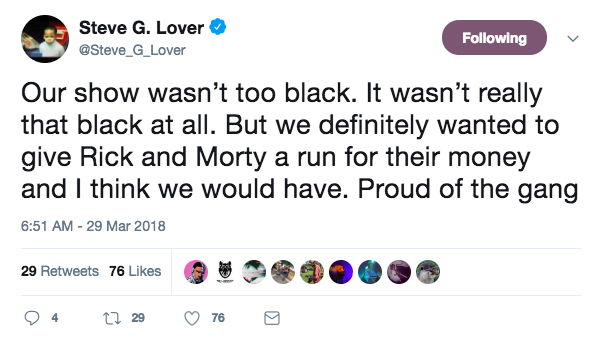 What do you guys think? How do you feel about Stephen Glover’s comments? Tweet us your thoughts @SuperBroMovies!