Team Arrow just lost another member. According to The Hollywood Reporter, Quentin Lance actor Paul Blackthorne will exit Arrow at the conclusion of Season Six. Blackthorne joins Will Holland as another series regular to leave the series.

Quentin Lance was introduced in Season One as the father of Laurel and Sara Lance. He was hellbent on capturing hellbent on capturing The Hood, which was how they referred to Oliver Queen’s alter ego in the first season of the show. As the show went on Lance became a mentor and father figure to Oliver following the death and subsequent resurrection of Sara and death of Laurel. 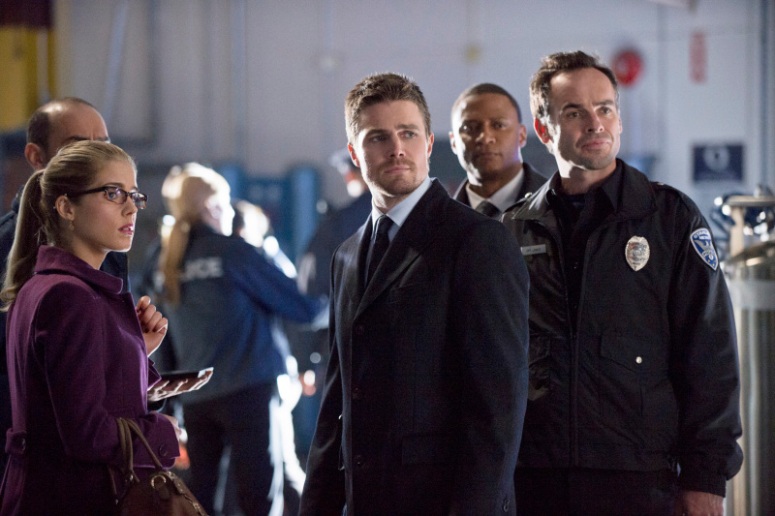 Blackthorne’s exit leaves Stephen Amell and David Ramsey as the only series regulars left from Season One. Emily Bett Rickards wasn’t bumped up to regular until Season Two, along with Colton Haynes who will return as a regular for Season Seven.

It will be interesting to see how Arrow will deal with the exit of Lance. He has had a storyline revolving around Laurel’s doppelganger Black Siren this season, making him an integral part of the series. Arrow hasn’t shied away from killing off characters in the past, which means it could be an option to explain Blackthorne’s departure.

What are your thoughts on Paul Blackthorne leaving Arrow? Let us know in the comments below! –Jackson Hayes

Arrow airs Thursdays at 9/8c on the CW