After 10 years, the Marvel Cinematic Universe is currently in Phase Three.  The MCU has come a long way since Phase One which had the opportunity to introduce the origins of Captain America, Hulk, Iron Man, and Thor before coming together for the first team-up event in Avengers. Avengers Infinity War writers Christopher Markus and Stephen McFeely explain their thought process in bringing back a long time character from Phase One in the film.

According to Markus, they always intended on bringing Red Skull, a formidable villain from Captain America: The First Avenger, back to the MCU.

“He’s always been part of the plan, we haven’t always known where to put him. Some people went ‘That’s a bridge too far’ and then we went ‘he’s a purple man [referring to Thanos] collecting stones, there are no bridges!’”

McFeely went onto explain what the process was like for Red Skull while they were writing the script for Infinity War.

“When we start, we start while we’re shooting Civil War, so Chris and I go back every afternoon and start reading comics and coming up with all the blue sky scenarios and one of the missions was ‘make it as big as you can’. That’s Infinity War, that’s the promise of it. So, we had [Red Skull] still out there and as we kept moving along we realized, as a screenwriting thing now, we needed someone to be the voice of expertise when they get to the mystery stone and someone you believed when he told you what the rules were. That could be anybody, but now the scene is doing more than one thing because it’s providing you with this delight that this character is back and it’s giving you this voice of expertise and giving you the rules for what you’re about to see.” 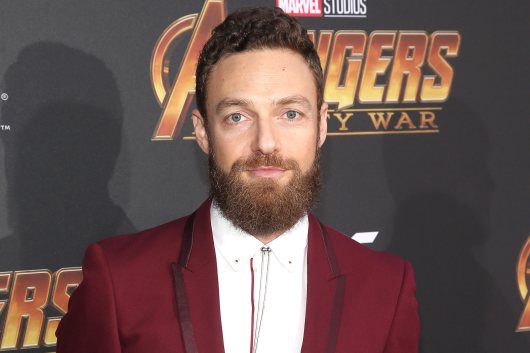 Like everyone else, I was very surprised to see Red Skull back in the MCU. It was the perfect set up for his return. His appearance as the stonekeeper of the soul stone just made so much sense considering he was last seen disappearing into the Tesseract in Captain America: The First Avenger. Although Hugo Weaving didn’t return to the role in Infinity War, it was a welcome experience introducing The Walking Dead star and celebrity impressionist, Ross Marquand, to the MCU as the new voice of Red Skull. Hopefully, Marquand could return for Avengers 4.

Did you like the return of Red Skull to the MCU in Avengers: Infinity War? Be sure to let us know what your thoughts are @SuperBroMovies on Twitter!