We all know the story of Quasimodo and the Gypsy Esmeralda. The Hunchback of Notre Dame is a classic novel by Victor Hugo written in 1831. The French romantic/gothic story has been told many times in different ways, the most popular version is the 1996 Disney animated film. The musical first premiered in 1999 in Berlin, Germany.

Thanks to Netflix and Idris Elba we are about to get an updated version of the film. This will be the first Hunchback of Notre Dame film since the 2002 sequel to Disney’s Hunchback of Notre Dame. Idris Elba will star in and produce the Netflix original film. He will also handle the music production for the film as well. The script is to be written by Micheal Mitnick (The Giver). He will give this story a modern day retelling. Fred Berger (La La Land) and Brian Kavanaugh-Jones (Sinister) will produce along with Elba and Ana Garanito. Garanito is apart of Elba’s Green Door productions. 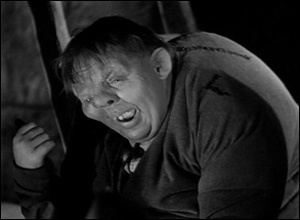 This will be Elba’s second time in the director’s chair. His debut came this year with the Sundance film Yardie. We know Elba for his acting in films such as the Thor franchise, Pacific Rim, The Dark Tower, etc. This will be his second Netflix original film, the 2015 Beast of no Nation was his first. Elba known for his handsome looks will now play the famously disfigured looking Quasimodo. There have been no other casts or release date announced. We will keep you guys updated as we gather information!

What do you guys think? Tweet us @SuperBroMovies with your thoughts!