Out of all the nearly endless reboots in development, the Willy Wonka reboot from Warner Bros. has been one of the more interesting ones to follow. Its creative team is stacked, with Paul King (Paddington 2) to direct and David Heyman (the Harry Potter franchise) to produce, but what people really want to know is who will play the candy man himself. Well, now we might have an idea.

According to Collider, a shortlist has been put together of actors set to play Wonka. Topping this list are Ryan Gosling, Donald Glover, and Ezra Miller. Each of these choices are fascinating in their own way. 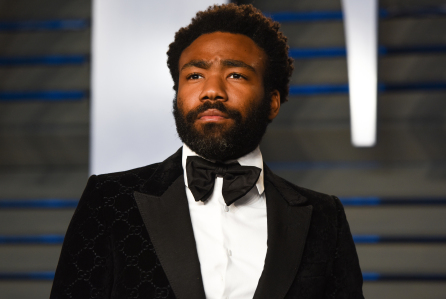 First there’s Gosling, who has been a reliable leading man for years in everything from The Notebook to Drive and Blade Runner 2049. There’s no doubt he’d commit himself to role, but it’s hard to imagine him as the over-top conisseur of chocolate we’re all familiar. Then there’s Miller, who hews a bit too close to the strange take that Johnny Depp gave in the 2005 Tim Burton version of this story.

Glover is the obvious choice out of the three, as he’s proved himself to be a true renaissance man who can handle just about any role thrown his way. One thing to note about this shortlist is how young all of these actors are, which definitely feeds into the theory that this is going to be somewhat of an origin movie.

What do you think of the shortlist for Willy Wonka actors? Who would you cast? Let us know on twitter @superbromovies! –James Preston Poole