For the last 5 years, fans have been clamoring for the return of one of the most universally beloved and critically acclaimed animated series in under the DC umbrella. Its groundbreaking storytelling, originality, and mature themes made it a memorable series and landed it at number 20 on IGN’s “Top 25 Comic Book Shows of All Time.” The show was abruptly cancelled after just 2 seasons and everyone, from the original voice cast to the shows producers to diehard fans of the series have made it clear that there is still a market for the show’s unique brand of DC animation.

Back in 2016, in response to the show’s first two seasons being released on Netflix, Sam Register, President of Warner Bros. Animation and Warner Digital Series announced that the series would be revived with new episodes in production. “The affection that fans have had for Young Justice, and their rallying cry for more episodes, has always resonated with us,” he said. “We are excited to bring the show back for this loyal fan base and to provide an opportunity for new viewers to discover this excellent series.”

In 2017, it was confirmed that the long-awaited third season of the show would see the return of the original showrunners, Brandon Vietti and Greg Weisman, along with the the return of Wonder Girl, Robin (Tim Drake), Blue Beetle, Impulse, Beast Boy, Arsenal, Static and new characters Spoiler, Arrowette and Thirteen, with the original voice cast reprising their famed roles. It was also revealed that the third season would be a part of the launch slate of the exclusive online streaming service the DC Universe.

While this is all exciting news, the reveal of the voice cast included an interesting name among the roster. Among the likes of Alyson Stoner as Batgirl, Nolan North as Superboy, and Khary Payton as Aqualad, Troy Baker’s name is on the list of the voice cast.

Eagle-eyed fans will notices that Troy Baker is the voice of Jason Todd AKA Red Hood in the DC video game Arkham Knight. Could Baker be reprising the role in the upcoming revival of ‘Young Justice’? In the show’s continuity, Jason Todd has already perished at the hands of The Joker, so would this be the Red Hood version of the former Robin? 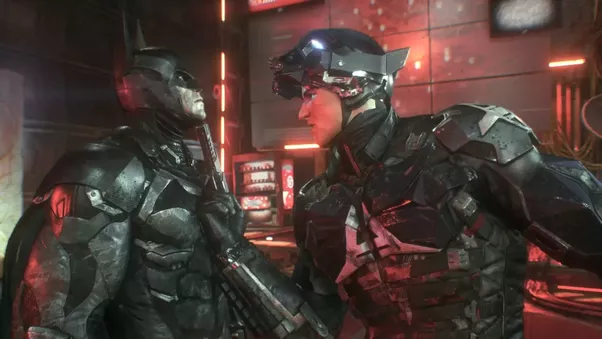 Fans will have to wait until August to find out if Red Hood will be play a factor into the events of the third season. What do you think, though? Let us know in the comments below and @superbromovies.

The Team is back and it’s “business as usual.” Warner Bros. Animation has begun production on a third season of all-new episodes of the acclaimed hit, action-animated series “Young Justice,” based on the characters from DC Entertainment. Season three promises new twists, turns and dangerous new threats for the team, but most importantly, the opportunity for fans to finally continue the adventures of some of their favorite Super Heroes.