At the end of X-Men: Apocolypse we got to see the team finally suited up in their comic accurate costumes and many assumed we would see these same suits in the upcoming film Dark Phoenix. However, as we now know they will instead suit up in matching uniforms inspired by Frank Quietly’s designs. And before now we haven’t had that great of a look at the costumes. But thanks to some recently leaked merchandise that’s changed.

Recently a number of merchandise pieces for the upcoming film Dark Phoenix were leaked, providing us with our best look yet at the new team costumes.

The three items give us a look at three of the team’s main members, Jean Grey, Cyclops, and Beast. The simple designs while not the classic and iconic costumes many know the characters for they seem like they will still look great on screen. And an interesting part of the items is the Jean Grey figure because when you look at her hand you will notice it has a golden color to it. This is similar to the look she has been shown having in the teaser image released for the film. 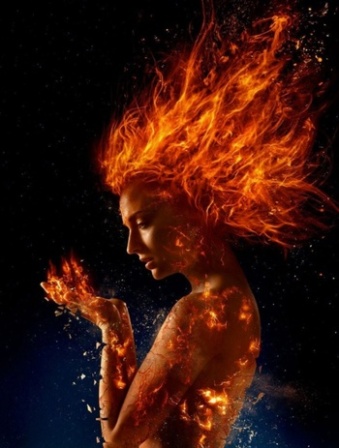 Hopefully the fact these items are now being released we will start to see some more promotion for the film. We should expect to see some footage for the movie, a poster, and more. And the best place for Fox to release this would be at San Diego Comic Con so stay tuned to SuperBroMovies for any updates.

Are you excited for Fox’s X-Men: Dark Phoenix? Let us know at SuperBroMovies on Twitter what you think! – Jacob Campbell