The hype doesn’t stop with Aquaman as even more looks at the film continue to release. A new magazine cover highlighting the DC film has made its way online and it reveals a lot.

Thanks to Den of Geek, the new cover showcases the heroes and villains of the film. Included, is our first look at Orm/Ocean Master’s helmet, Dolph Lundgren’s King Nerus, and the creatures featured.

Check out the awesome cover below. 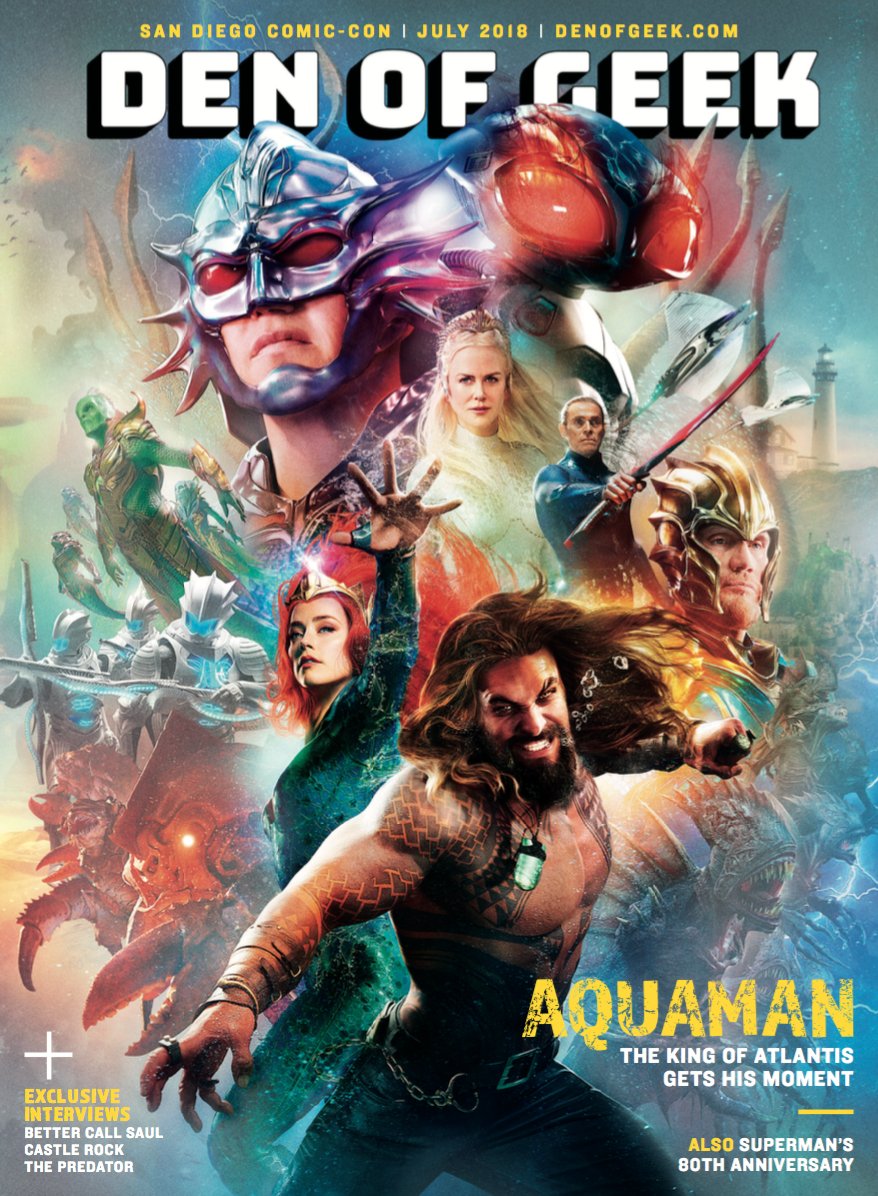 This is a great look at what James Wan has envisioned for his take on the classic hero. Although he’s been seen as a “joke” character at times, Aquaman definitely is set to make a splash this year in pop culture. With the trailer coming out this week one can only assume DC will win a lot of people over.

Until then, you can read up on the latest details on Aquaman by checking out our reports from this week!