With Terminator 6 midway through production, we now have a tighter grasp on what the film will have in store. The movie, helmed by Deadpool director Tim Miller, not only sees the return of series regular Linda Hamilton as an aged Sarah Connor, it will also incorporate more female protagonists in the form of Mackenzie Davis and Natalia Reyes. The official Terminator Twitter page has now released a photo featuring all three characters in stern action poses. 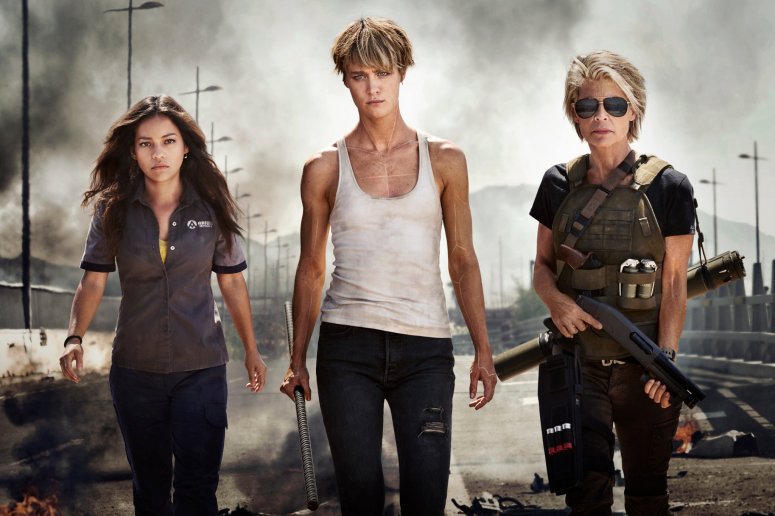 In this photo, we see Hamilton on the right armed with a shotgun and wearing sunglasses, which evokes the tough character established in Terminator 2. It is likely that this particular personality will remain for the upcoming film. Elsewhere, we have Davis sporting a tank top and wielding a rod, which happens to be the same outfit we have seen so far in set photos. Information regarding the characters played by Davis and Reyes is still in secret, so we shall wait and see how they will impact the narrative.

As the film has a while before it sees its theatrical release, not much is known about what function Sarah Connor will have to this story. Though given that Hamilton has not been in the series since the 1990s, it will be interesting to find out what exactly brought her back to the franchise.

What do you think about our first look at the primary female characters in Terminator 6 and the return of Sarah Connor? Be sure to tweet your thoughts at @superbromovies and stay tuned for more Terminator 6 news. – Mark Tan