While at San Diego Comic-Con, Castle star Nathan Fillion was recently approached on the topic of whether he would be still interested in playing Michael Jon Carter, also best known as Booster Gold in DC Comics. He left his options open for the role. Warner Bros. can go in a different variety of directions when it comes to casting the time-traveling superhero. Arrowverse executive producer Greg Berlanti, who made his directing debut this year with Love, Simon, is currently developing a Booster Gold movie at Warner Bros.

Here are some choices who I think could bring the role of Michael Jon Carter to life on the big screen and become the time-traveling hero. All the actors that I have chosen below as choices all each have their own comedic timing which is key to playing a convincing Booster Gold. 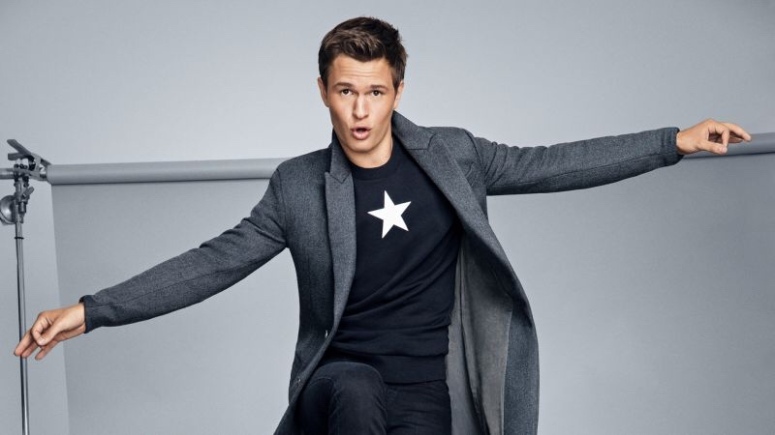 Ansel Elgort’s portrayal as Baby in Baby Driver is a big reason why I think he at least earned a spot on the fancast and should be kept in mind for the role Of Michael Jon Carter as Booster Gold at Warner Bros. I can see Elgort being a fresh and brand new superhero who has an ego that believes he can fight crime with the best of superheroes which leads to Elgort time traveling back to the age of the Justice League. He can show the full energy of confidence and optimism, but at the same time, I can see him also failing. When I say failing, it’s more so that he needs the experience to understand the overall situation of crime fighting. Having someone like Blue Beetle, who could be a veteran superhero at time when they meet, can be a mentor to Elgort’s Booster Gold. 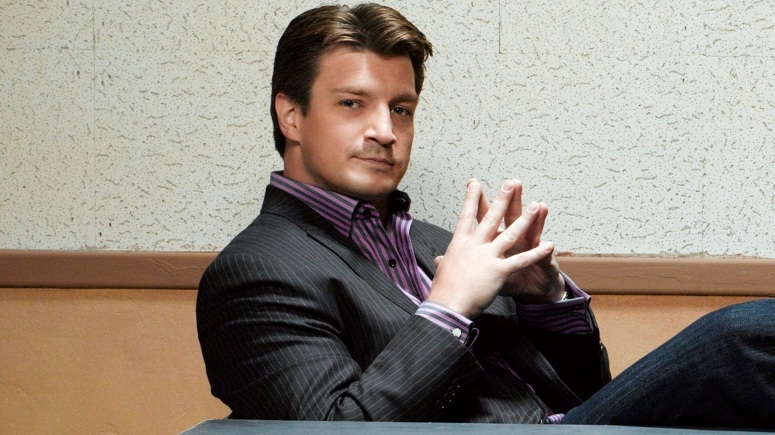 Nathan Fillion is best known for his roles in the popular TV series, Castle, and Firefly. What Fillion can bring to the role is an experienced veteran superhero who travels to back in time for a chance to fight crime among the likes of Superman, Wonder Woman, Batman, and Aquaman to name a few. Fillion can bring the overconfidence in believing that he, himself, can go back in time to battle with the best of superheroes in his golden years. Fillion is also not shy to the superhero community as he voiced Vigilante in the animated cartoon, Justice League Unlimited, and also voiced Hal Jordan the Green Lantern in The Death of Superman, Justice League: Doom and many more.

Justin Hartley would be a solid choice to take on the golden mantle as he can not only bring his excellent comedic timing but to deliver the emotional chops like he does on the hit show on NBC, This is Us. Booster Gold can be a complex character that has yet to be thoroughly explored in the depths of drama in live action. It helps that Hartley, who plays Kevin Pearson on This is Us, plays an actor on the show. Carter is hungry for the publicity and fame thus why he travels back in time to create the legend of Booster Gold. Hartley had thrown his name in the hat for the role of Hal Jordan when his cast mate, Sterling K. Brown, had expressed interest in playing Green Lantern John Stewart. Also, Hartley wouldn’t be shy to take on another superhero role as he once played Oliver Queen the Green Arrow, on the former popular TV series, Smallville. 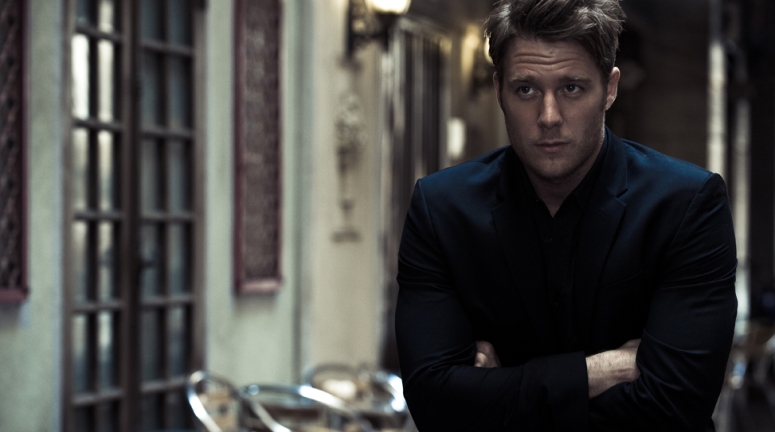 Jake McDorman’s performances in the movie, American Sniper and the TV series, Limitless, are big reasons why I believe McDorman deserves a place at the top of the wishlist. Booster Gold on the animated screen has always been looked upon by his fellow superhero peers as someone who is very immature, very cocky and always asking for unnecessary attention. During his time as Brian Finch on Limitless, he played a very likable character, but also a convincing pain in the butt. Hopefully, Warner Bros. paid attention to what McDorman can potentially do as Booster Gold. 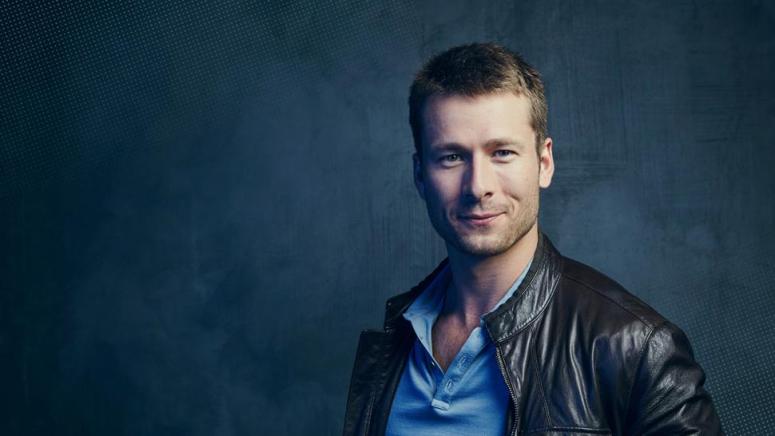 Glen Powell, in my eyes, is a rising star. The first time I saw Powell on any screen was on the small screen of a popular TV show on CBS called NCIS where he played a marine who’s brother was a depressed marine. The first time I saw him on the big screen was in The Expendables 3. While both of these roles didn’t thoroughly show much of Powell’s talent, but it was enough for me to start following his career. Then his more recent roles in Everybody Wants Some! And Set it Up really gave Powell the chance to showcase his comedy side and it turns out, that he is really good at it. Hidden Figures is another film that makes me believe that he can be a great fit to play Booster Gold because in there he showed a very poised and confident character that was willing to listen to all options that help benefit the team in their mission. That showed the traits of what a superhero is. I wouldn’t be surprised if Powell comes into superhero conversation, if not for Booster Gold, but another superhero role like Blue Beetle. 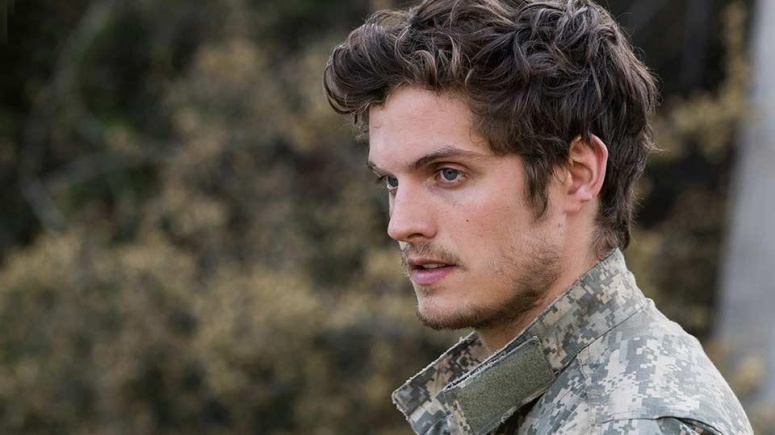 The only reason why I gave an honorable mention to Daniel Sharman is due to his recent work he did on Fear the Walking Dead. Sharman played a very cocky, full of himself type of person that annoys others. Which reminds of who Michael Jon Carter is as Booster Gold. I believe that talent that he showed can translate to the role of Booster Gold. He also showed that talent on Teen Wolf where he played a werewolf turned into a superhero during his time on the show.

Any of these actors would be solid choices to help make Booster Gold a popular hero and possibly become a fan favorite on the big screen among fans. Check out my fan cast choices of Blue Beetle!

We want to know what your thoughts are of the fan cast choices by tweeting @SuperBroMovies on Twitter!

One thought on “Fancasting BOOSTER GOLD In The DC Cinematic Universe”