There has been long speculation that Batman would be making an appearance on CW’s Arrowverse. Over the last several seasons, there have been many references to the caped crusader including a direct name drop from Oliver Queen in Arrow, so it is already established that the character exists in that universe. There is also a Batwoman series currently in development, so many were expecting him to pop up there similarly to how Superman does on Supergirl. Sadly, though, this speculation has been shot down by network president Mark Pedowitz.

In a recent interview with Entertainment Weekly, Pedowitz confirmed that Batman won’t be making an appearance on the CW anytime soon.

“There’s no discussion about a series. Batman already exists in the Arrowverse because last season Oliver Queen mentioned his name at one point. And Batwoman, if the series goes forward, lives in Gotham. There’s no plan at this time to have Batman appear.”

This will surely come as a disappointment to longtime Arrowverse fans, but Warner Bros. has strict plans on keeping that character consolidated to the big screen. Other shows like Gotham have gotten around this by only featuring the Bruce Wayne persona, but we likely won’t be seeing Batman teaming up with the Green Arrow or the Flash on the small screen anytime soon. 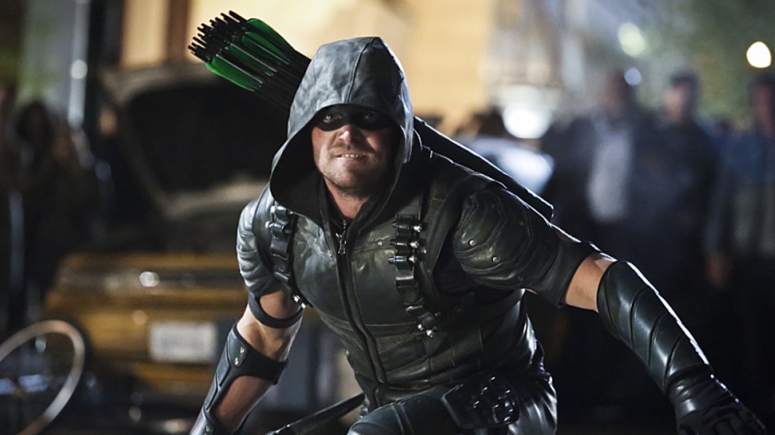 Do you think Batman should only appear in the movies, or do you want to see him on the tv side of DC? Let us know by tweeting us at SuperBroMovies. –Caleb Sadd