Antoine Fuqua recently met with Marvel studios about helming a film. I have a few guesses as to what films he could possibly be taking over, but my number one guess is Blade. We all know Blade had a trilogy in the late 90s, early 2000s. Marvel has talked about rebooting Blade for the MCU recently and some people say they want a Netflix series. Personally, I’d rather a film trilogy that deep dives into the mythos of Blade. Blade II is one of my favorite CBM’s of all time and it heavily influenced a lot of films that came after it. I’m going to fancast Blade as I’d have it in the present for an MCU series on Netflix/film trilogy. Honestly, I think Blade deserves an R rating, hopefully even if adapted into an MCU trilogy, we still get an R rated Blade.

Noel is mostly known for his role as Daniel King in Insecure. He most recently starred in Blumhouse’s The First Purge. Honestly, he’s a great actor and he proved that in The First Purge. His scenes took over the film. His character Dimitri was the heart and soul of the film. The action scenes and sequences displayed in the final act were amazing. The scenes reminded me of Blade. He could easily pull this off and he has the perfect frame to play Blade. He’s also a dark-skinned actor, which would be coveted for Marvel to do after Black Panther. Noel is the perfect candidate for Blade, and The First Purge is all the evidence you need. He’s also apart of the cast for A24’s Slice starring Chance the Rapper and Zazie Beatz 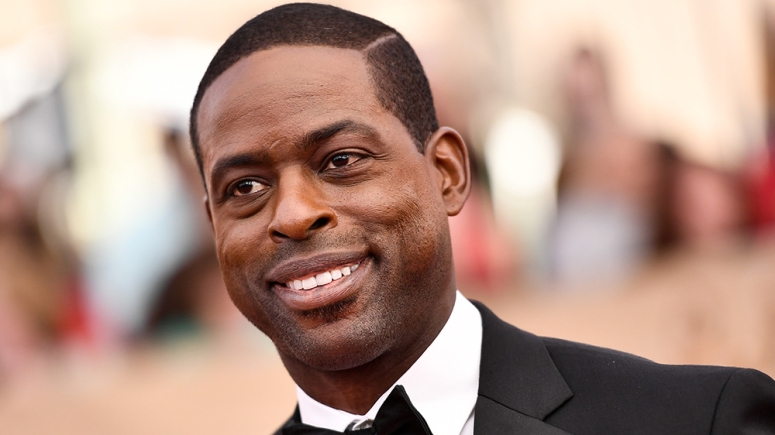 Sterling K. Brown is best known for his role in This Is Us. He’s starred in Black Panther and Hotel Artemis so far this year. He also has Predator due out in September. Sterling has also been a part of the Supernatural cast since 2005. Like Noel, he has the build for the character and dark complexion. The only difference is he’s a little taller. He’s also older, and Marvel may need someone younger for the role. Still, Brown can do all the action necessary and he’s a wonderful actor. He made up for what Hotel Artemis lacked with his acting skills. He played his role as Waikiki perfectly. He also starred in Marshall with Chadwick Boseman in 2017 and he’s been a part of the TV show Army Wives as well. Blade would be much more action than anything else, but he can also give you the dramatics. I think Sterling would also make a perfect Blade. The only thing is, what age would you want Blade to be in the MCU?

Well, it’s only right for Denzel’s son to also possibly work with his frequent collaborator. Washington just came off of an amazing job as Ron Stallworth in BlacKKKlansmen. He also showed off a few moves during the film. He would fit well as Blade in the MCU. He has amazing acting skills. He may be a tad bit short, but he covers all of the other qualities well. He can bring all aspects to Blade that are necessary for the film. He stars in HBO’s Ballers and he has another film, The Old Man and the Gun coming in September. He’s already worked with Spike Lee like his father, I’m sure if Fuqua is, in fact, helming a Blade series, he would be all over it.

A lot of people have Rhodes on their short list for John Stewart. I personally wouldn’t mind him as Blade. There are a few black superheroes that he could portray and he fits the mold well. Rhodes is 6’0″/190 lbs. He could easily pull off Blade, and he’s also got the acting chops. He’s starred in the greatly received Moonlight. He’s also starred in 12 Strong with Chris Hemsworth (A huge MCU star) this year and he’s also in Predator and Bird box releasing later this year. He’s also in the Netflix film Burning Sands. Rhodes can act across the board. Drama and action are his main points, those fit well with Blade. I think Rhodes fits well with the character and he has the attitude for it. We’ll hopefully see soon if Marvel feels the same.

A lot of us remember Walls from Shark Night. He’s also recently starred in 15:17 to Paris. Walls has also starred in Once Upon A Time, Teen Wolf, and Power. He’s more of a television actor, but he deserves more big screen time. He has the height and size to pull off Blade. He can give you all the angles of acting and he’s played some badasses on television. Blade would be no different whether as a Netflix series or MCU chapter. He would fit well with Blade, he hasn’t had that big break yet, but this could be it for him. Hopefully, he at least gets to audition for the character because he would be amazing.

Well, that’s all I have for now guys. What do you guys think? Who would you cast as Blade? Tweet us and let us know @SuperBroMovies!

3 thoughts on “Fancasting ‘BLADE’ In The MCU”