Jessica Jones creator and showrunner Melissa Rosenberg is leaving the show after inking a deal with Warner Bros. TV. Rosenberg will create shows that will appear alongside Arrow, Flash, Supergirl, Legends of Tomorrow, etc. Rosenberg has been apart of Jessica Jones for the first two seasons and will remain for the third season. She said in a statement:

“All of my attention remains with the extraordinary cast, writers and production team of ‘Marvel’s Jessica Jones,’ until the completion of Season Three. It continues to be a career highlight working with my partners at Marvel Television and Netflix. We’re extraordinarily grateful to the viewers who have supported us every step of the way on Jessica’s journey, which is so beautifully realized by Krysten Ritter and the amazing cast including Rachael Taylor, Eka Darville, and Carrie-Anne Moss. We have so many talented storytellers in every area of this show, who I’m honored to call friends and collaborators. As I look ahead after this season, I’m thrilled that I will be able to explore new projects with the talented team at Warner Bros. Television and push myself in new challenging creative directions.” 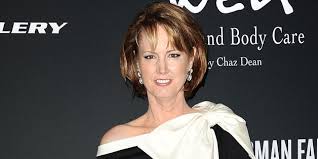 According to THR, Rosenberg was, “Ready to move on.” She previously worked as the head writer for Dexter from 2006-2009. She also wrote a few episodes for WB’s Birds of Prey TV show in 2002. With Batwoman coming soon to the CW and a track record for writing with WBTV, it seems as though she could be about to helm the Batwoman series which will star Ruby Rose. With the success she’s pulled off with Jessica Jones, it seems only right she takes on another heroine.

What do you guys think? Are you excited for the move? Do you think this will help the CW overall? Tweet us @SuperBroMovies with your thoughts!