Warner Bros. resident genius Wile E. Coyote has been at the Roadrunner’s mercy for years. After many failed attempts at breaking free, Warner Bros. is giving him his own movie.

Warner Bros. has hired the screenwriting duo of Jon and Josh Silberman to write Coyote vs Acme. They’re previous work includes writing and producing for the CBS series Living Biblically and writing for the popular FX series It’s Always Sunny in Philadelphia.

Adam McKay is on board to produce the film after finding success in both the comedy and superhero worlds after producing Anchorman and writing 2015’s Ant-Man. However, the film is still in its early stages as a director has yet to be chosen and the plot is still unclear. 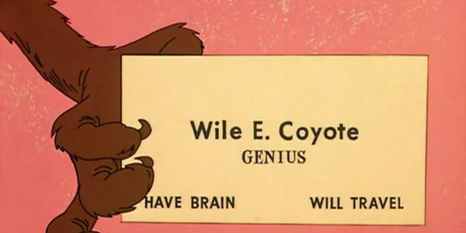 Wile E. Coyote debuted in 1949 facing off against his most famous rival, Road Runner.  That first episode would set the tone for their relationship as Wile E. has been trying to catch the Road Runner using ACME gadgets ever since.

The last two Looney Toons movies released were 1996’s Space Jam and 2003’s Looney Tunes: Back in Action. Space Jam made back it’s budge plus a little extra and Back in Action lost money, but both films developed a following and still have an audience today. –Taylor Tyler