It looks like Marvel Studios Spider-Man: Far From Home will have a plethora of villain when it hits theaters. With Mysterio serving as the big bad, a small appearance from Vulture, a possible appearance by Chameleon, and possibly Hydro Man it seems like the cast is already stacked. However, a new report claims that another villain could make his big screen debut.

The minor villain, Molten Man, is rumored to face off against Spidey. According to MCU Cosmic, there is a toy set being produced for the film that includes a Molten Man minifigure. Now, this is in no way confirmation of the character’s appearance, but it is interesting. 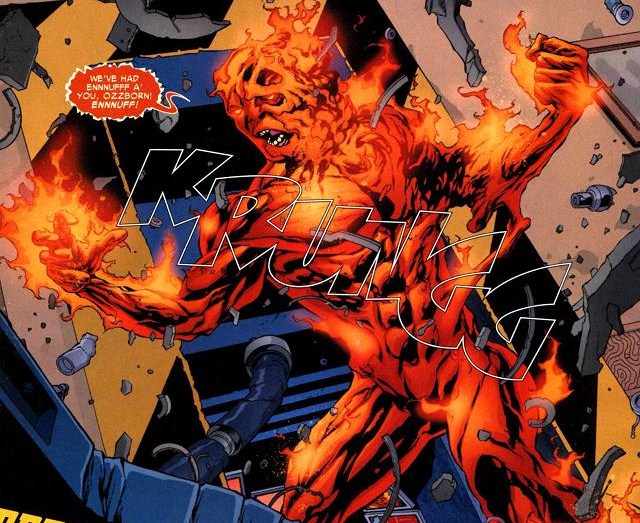 This wouldn’t be the first time that a toy set has spoiled something in a movie. Take Avengers: Infinity War for example which had many major events hinted at by toy sets. So, for now, we will have to wait for an actual look at the set before we can draw conclusions about Molten Man’s appearance. But it would be interesting to see a minor villain have his time on the big screen.

Would you like to see Molten Man face off against Spider-Man in Spider-Man: Far From Home? Let us know at SuperBroMovies on Twitter what you think! – Jacob Campbell

Spider-Man: Far From Home is expected to swing into theaters on July 5th, 2019.