Over the course of a season, Iron Fist has completely transformed.

After the enjoyable, though unfocused, first run, season 2 has come in with a confidence that’s allowed for some serious storytelling prowess. The adventures of Danny Rand and Colleen Wing, which I’ve covered in my recaps of episodes 1-2, 3-4, 5-6, and 7-8, now draw to an end. I’ll admit, I’m a bit bummed, as I’ve really enjoyed recapping/reviewing this season for y’all, but I eagerly await seeing how this thing wraps up.

No more stalling. Let’s wrap up this five part recap/review series with…

I need a breather.

“War Without End” is an absolutely stunning episode of Iron Fist– the best in the series even. The episode doesn’t start this way, however, as Colleen refuses the Iron Fist, effectively negating the twist from the end of the last episode. She doesn’t feel she can carry the burden, nor does she want it.

Over at Davos’s hideout, Davos and Joy get into an argument that leads to Joy being pushed off the balcony, with her presumably being killed. Okay, that doesn’t stick, but it’s a nice shock moment for before the opening titles roll. We soon find out that she’s actually just been injured, being watched over by Davos’s one-eyed henchman. Does this guy have a name yet?

Lucky for her, Ward and Walker are on the case. They go meet with a familiar face, weapons dealer Turk Barrett (Rob Morgan), to acquire some heavy artillery to rescue Joy. It’s nice to see Turk again, as he’s the only character to appear on every Marvel Netflix show so far. His scene provides a bit of levity that gives way to a sincere moment when Ward gives Walker the un-redacted files on her past, which she burns.

It remains unclear whether or not Walker’s past will every be explored in-depth. However, if it is, I’d love to see a spin-off, or perhaps her taking on a bigger role in something like Daredevil. Moving on, Danny and Colleen go to meet with Mrs. Yang, where it’s made explicitly clear that her husband has died. There’s not much time for mourning, as Davos and the street gang show up to wreak havoc.

Just as things are about to reach a boiling point, BB shows up with the bowl that’s key to the Iron Fist ritual. Unfortunately, Collen and Danny’s joy is short-lived, as BB is quickly dispatched by a member of his own gang. This leads to two parallel fights: Davos vs. Danny and Colleen vs. the gang. Both of these fights are beyond anything we’ve seen on the series so far.

Both Finn Jones and Jessica Henwick are ferocious in their movements, while the fights are framed as elegant dances wherein they dispatch their enemies in the most fluid ways possible. What this series could use is more fights like this, and it seems like Colleen agrees, because she decides to take up the mantle of the Iron Fist immediately after. 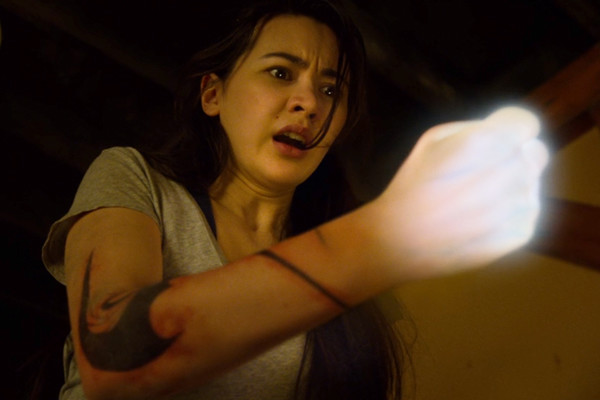 After the fight is over, Misty Knight (hey! she is still here!) takes in the gang members and teams up with Walker and Ward to go after Joy. When they arrive at Davos’s hideout, Walker quickly dispatches the henchman with one eye and knocks out Knight. The episode ends with the performance of the ritual. Just as Colleen is about to become the Iron Fist, Davos awakens and begins laying waste to the rumor. It’s too late, as Colleen looks down to see her fist glowing white to the amazement of Danny, Davos, and the Crane Sisters.

What more can I say but “yes!”? The conflicts are at all-time high and no one feels safe in Davos’s path of vengeance. Moreover, this is the kind of episode that makes every one that came prior even better. Colleen’s arc is now clear, as is Danny’s place in the story, and it’s all seeming to lead to Davos getting the snot beaten out of him by the entire supporting cast of Iron Fist.

Okay, maybe that’s wishful thinking. That’s what this episode has left me with, a sense of excitement that I hope carries over. Iron Fist, please stick the landing. 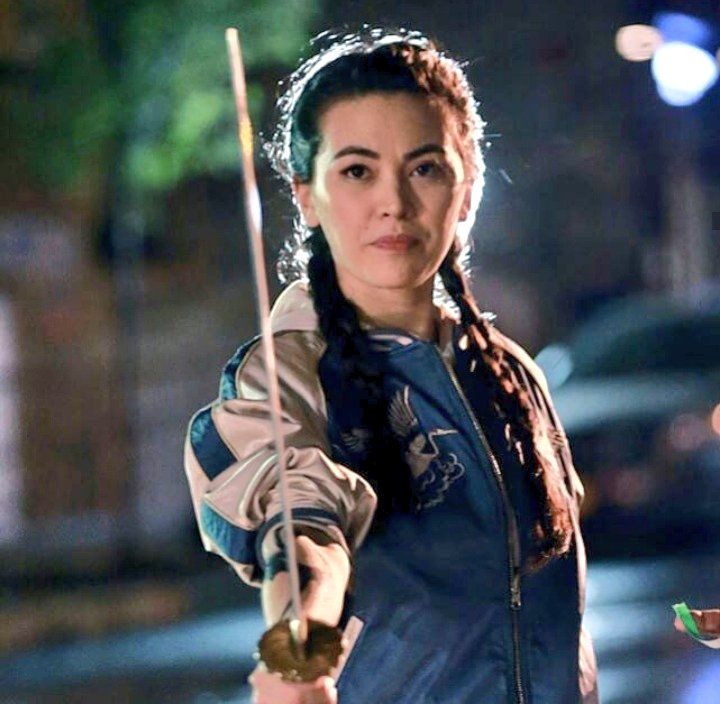 As far as season finales go, “A Duel of Iron” goes above and beyond in ending this chapter of Danny Rand’s story on the best note possible.

After a brief flashback to Danny and Davos’s days training in K’un Lun, Davos dispatches everybody in Danny’s apartment by powering up his Iron Fist. Colleen and Danny resolve to go after him, but Danny gives Colleen a warning: if Davos is killed, she will die too, since the transference ritual is incomplete.

Danny and Colleen go to Davos’s hideout, where Davos waits. Their fight is interrupted by Walker, who has trapped Misty in an attempt to prevent her from stopping Walker’s plan to kill Davos. This makes room for an insane four way fight that becomes a three-way fight when Misty breaks out and changes Walker back to Mary.

With Danny’s help, Colleen fully takes the power of the Iron Fist and takes down Davos. He’s taken to prison by Misty while Mary Walker is being taken away for psychiatric care. This would’ve been a good enough scene to end the season on. The emotional stakes are high, the action is at a peak, why not, right? But the finale keeps on going, which sounds like a bad thing, but it’s actually a virtue.

Ward goes to an NA meeting, where he confesses everything he’s screwed up on. Bethany is pleased with him, but tells him that he’s needs to figure himself out before they can be together to raise their child.

Joy, on the other hand, is confronted by Walker, who seems to have escaped. She drops a bit of a bombshell: the person that saved her from the unspecified incident in Sokovia is, indeed, a third personality, and she needs Joy’s help to reawaken her. It looks like we are heading towards a more comics accurate Typhoid Mary after all!

Danny, after an emotional conversation with Colleen that feels a whole lot like a break up, he finds a coin in Colleen’s mystery box that seems to stir something in him. He leaves for the Rand airstrip, where Ward is waiting for him. Ward tries to stop him from departing, but he tells Ward he’s coming with him. Ward smiles, and they set off to a new adventure.

Colleen returns home to find a note from Danny. Danny tells her he’s going overseas to try and discover who sent Davos the corpse of the Iron Fist, as well as diving into the history of the power. She’s confused, but trusts in his decision.

Months pass. Colleen is now fighting crime in the streets- with a glowing sword, no less!- fitting the mold of the Iron Fist perfectly. Ward is sitting at a bar in Japan, questioning a shady character next to him about who sent the box to Davos. The man says that the box was sent by Orson Randall (more on that later), which prompts a hidden Danny to stand up. The men fire at him, with Danny KNOCKING THEIR BULLETS OUT OF THE AIR WITH BULLETS FROM A GUN HE’S POWERING WITH THE IRON FIST.

No matter any of the issues this season has had, that ending completely made up for it. Every single arc in this season got a fitting conclusion. More than that, each arc got the best conclusion. Colleen as a hero is everything fans have wanted from the beginning, Ward is finally becoming the man he should be, we’re heading towards Typhoid Mary, and Danny has the Fist again, along with the power of gun fu!

There are many directions this show could head in, but it seems the one they’re going is something that they’ve flirted with all season: moving Iron Fist out of the streets. Now that they’ve got us well and fully invested in the characters, and now that the rivalry between Danny and Davos has met its end, the only frontier left is to offer a deep dive into the mythology of the Iron Fist.

In the comics, Orson Randall was an Iron Fist during World War I who became a pacifist, before eventually teaming up with Danny. That could be intriguing, if they cast the right actor.

No matter where season 3 goes, I’m there so long as Raven Metzner is the showrunner. In the entire Marvel Television canon, Iron Fist gets the “Most Improved” award.