The Arrowverse has been preparing for another crossover soon called “Elseworlds”. In light of this, it was recently revealed that LaMonica Garret would join as Mar Novu also known as the Monitor. The Monitor is known as a “being of infinte power”. Many best know him from the Crisis on Infinite Earths comic series. 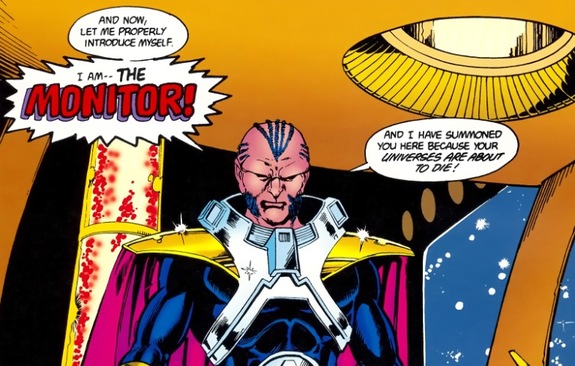 LaMonica Garrett is known for his roles in Sons of Anarchy, Blackish and Designated Survivor. And it is looking like The Monitor will play a prominent role in the crossover. It’ll be interesting to see how Garrett will aproach this character and what the outcome will be in the crossover.

The crossover Elseworlds is looking to be highly anticipated as casting news of Ruby Rose as Batwoman and many others. It has caught the interest of others as both Lois Lane and Clark Kent are set to appear for this crossover. Elseworlds will take place between a 3 night crossover, excluding the Legends of Tommorrow team.

It’s exciting to see the Arrowverse bring to life characters from DC comics and how they will be portrayed. We can only wait to see what they have in store once the crossover drops!

What do you think of this casting? You excited for the arrowverse crossover? Let us know what you think on twitter! -Jacqueline Lainez