Zack Snyder had a vision to tell a story in five films involving two of the most iconic superheroes in DC Comics, Batman and Superman. But Snyder was let go by Warner Bros. and was not able to complete his vision. According to Batman-news, Snyder has revealed some new information via his Vero account that could shed some light on what might have happened in the fifth film.

In the screenshot below a fan, Ramesh De Silva, had posted a photo of Superman holding Batman in his arms. This photo was from the comic book storyline, Final Crisis, by Grant Morrison. Snyder confirmed in the comments that he had every intention of having Batman die in his storytelling, possibly in the fifth film of his five-story arc. 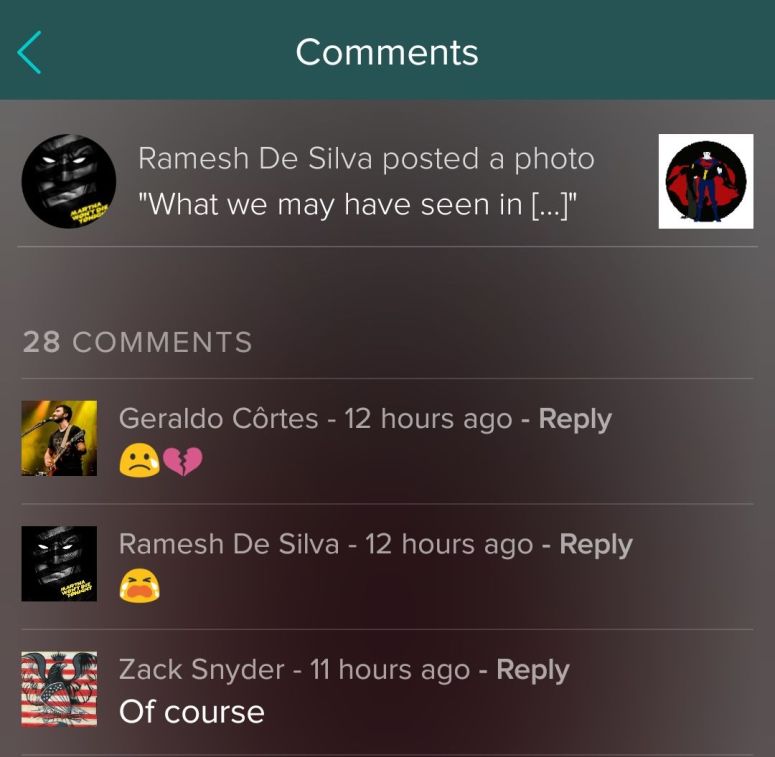 Concept artist Jay Oliva confirmed Snyder’s vision and that it was going to be “epic, grand, emotional, joyful and unforgettable”. It is unfortunate that Snyder was not able to finish his storytelling because it would have been really interesting to see Batman actually die.

What are your thoughts on Batman dying in Superman’s arms in Zack Snyder’s vision? Be sure to tweet your thoughts @SuperBroMovies on Twitter!