With October 5th coming up quick, Tom Hardy and Riz Ahmed are on the press tour for their upcoming film, Venom. These press junkets usually result in many outlets asking similar questions to the stars, who normally have prepared answers. Well, not with Tom Hardy.

A normal question that’s asked revolves around what the actors’ favorite scene to shoot is. While many times they cannot reveal this information, Hardy was quick to point out what his was. His response to the question was:

Hardy let everyone know that his favorite scenes were cut from the movie, and this shows there seems to be an ample amount of footage that didn’t make the final cut. He described the scenes as “mad puppeteering scenes, and dark comedy scenes.” 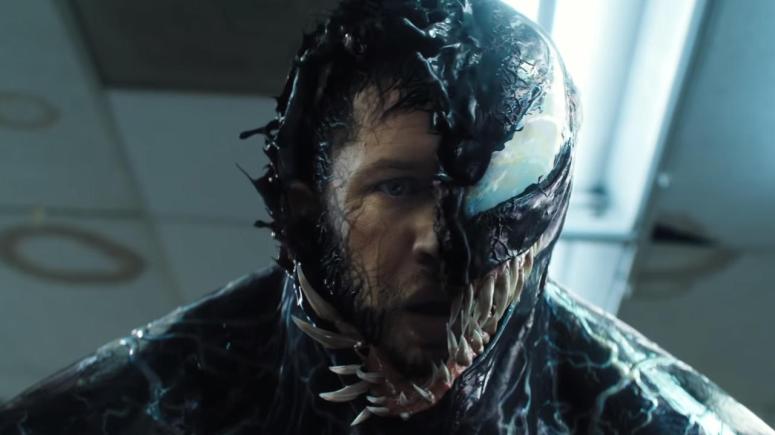 Soon after, Ahmed but in to let Hardy know that if they were cut, they probably weren’t good! Ahmed’s favorite scene was also cut, but he’s a bit more thankful due to him saying that Hardy was much better in it. Hopefully the chemistry they have off the screen translates into some more powerful acting that can maybe carry this film.

Journalist Eddie Brock is trying to take down Carlton Drake, the notorious and brilliant founder of the Life Foundation. While investigating one of Drake’s experiments, Eddie’s body merges with the alien Venom — leaving him with superhuman strength and power. Twisted, dark and fueled by rage, Venom tries to control the new and dangerous abilities that Eddie finds so intoxicating.