Matt Murdock slips inside of a prison looking to build his case against Fisk when all the doors lock. Prisoners stir behind every bar and snarl for their shot at the devil of Hell’s Kitchen. They weren’t ready for when Matt let the devil out. None of us were.

Daredevil season 3 makes a fantastic return to the street level roots of the first season after a brief foray into the inner workings of The Hand during Daredevil season 2, Iron Fist season 1, and Defenders. In the aftermath of his fight with the hand, Daredevil has a building dropped on him but he manages to survive. Unfortunately, not all of his senses do. This leaves Matt with a tough decision, should he continue as Daredevil or let that part of his identity become history.

Bloody and beaten, Matt returns to the orphanage that he grew up in under the care of Father Lantom and Sister Maggie. He dwells on his Daredevil decision a lot over the first 2 episodes, but eventually comes back to his sense and dons his first suit again. Meanwhile, Wilson Fisk has been using his knowledge of New York’s crime organizations to bargain with the FBI. Jay Ali’s Rahul “Ray” Nadeem is the only agent that gets Fisk to talk, but he has his own demons that Fisk takes advantage of. 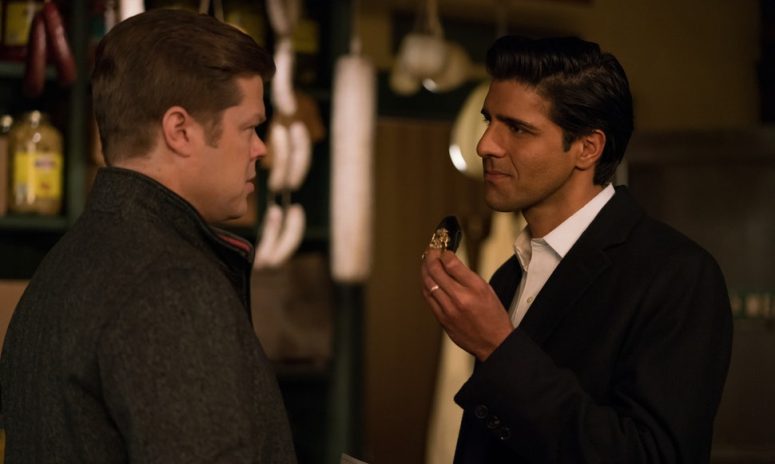 The scope of Fisk’s influence unfolds through the entire season, but really shows in his control of the FBI. Throughout the entire office, Fisk has control of agents at every level and starts to influence his entire investigation. Special Agent Benjamin Poindexter or “Dex” is one of the highlights of the show. Fisk sees his ability to throw anything accurately and with lethal force which happens to be quite a useful skill in the criminal underworld. Fisk gives him a replica of the Daredevil suit and sends him out to do his dirty work staring with killing the only witness that can link Fisk to corruption.

Much like the first season, D’Onofrio plays it perfectly with the calculated charisma that has made his portrayal of Kingpin the best villain of the Netflix shows and hits his opponents where it hurts the most. Foggy’s family is threatened if he doesn’t walk back his public statements, Matt is a fugitive of the FBI, Karen is running for her life again, Ray was framed for a murder he didn’t commit, and Dex’s only constant in his life is Fisk. However, Fisk’s plan unravels when happiness was just in his grasp. Dex is sent to kill Karen, but fails and kills Father Lantom instead. This drives Ray to testify against Fisk, and unravel the plan at the seams.

Too bad Fisk was ready for it. He’s always 3 steps ahead. He sends Dex to kill Ray and put the last evidence of his corruption 6 feet under. However, Fisk got a little carried away with his methods of isolating Dex. Fisk killed Julie, the only human connection Dex had left, and Ray told him with his final words. Meanwhile, Matt refuses to lick his wounds after the failure of the trial and sets out to kill Fisk in his own penthouse. This sets the stage for a final fight between Dex, Daredevil, and Kingpin that sends the season out with a bang.

Returning from the mystical to the street level, Daredevil as a character and a show is back in their element. The spectacular performances by the cast and the main characters along with brutal action and a ton of emption really shows that Daredevil was born again in season 3. Netflix has outdone themselves on this one and delivered an amazing and very binge worthy season of comicbook TV.

What did you think of the show? Let us know in the comments below. – Taylor Tyler