Recently, Titans actor Alan Ritchson made headlines by revealing that a crossover with the CW Arrowverse is “very likely.” We’re here to tell you why that is unlikely to happen in the foreseeable future.

During an Instagram live stream, Ritchson and co-star Minka Kelly were discussing the futures of their characters, Hawk and Dove. They announced to the fans that Hank Hall and Dawn Granger would be returning in future seasons of the show and to expect a star-studded finale for Season One. The highlight of the stream, however, was Ritchson’s claim that a crossover between Titans and the Arrowverse is imminent.

On paper forming a connective tissue between the DC Universe shows and the CW ones makes a lot of sense. It could be seen as a win-win scenario for both parties, letting fans of the Arrowverse know that the Titans universe is one of the many multiverses could help the DC Universe streaming service with viewership. 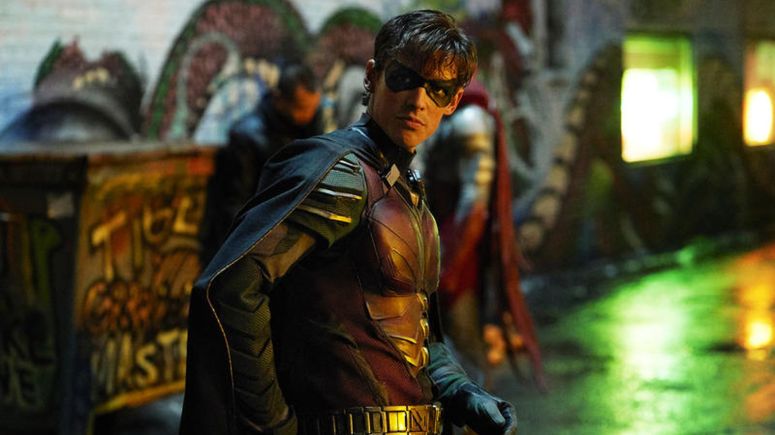 We spoke to a source who’s well-versed in all things DC television about what the prospects of this crossover coming to fruition are. They made it clear that no such event is in the works at the moment, although, the possibility of it ever happening can’t be ruled out entirely. Another aspect of note is that is the two entities ever agreed to attempt this, the crossover would have to take place on the DC Universe streaming service and wouldn’t air on the CW.

One event we can pull information from was the Flash/Supergirl crossover which took place during Season One of the Melissa Benoist led series. At the time, Supergirl aired on CBS, meaning the two studios were able to make a deal for the two heroes to cross pather despite calling different networks home. The person who made that possible is Arrowverse architect Greg Berlanti, who, of course, is credited as a developer on Titans.

Would you like to see a Titans/Arrowverse crossover? Let us know in the comments below! -Jackson Hayes

Titans can be found on DC Universe.

The show follows young heroes from across the DC Universe as they come of age and find belonging in a gritty take on the classic Teen Titans franchise. Dick Grayson and Rachel Roth, a special young girl possessed by a strange darkness, get embroiled in a conspiracy that could bring Hell on Earth. Joining them along the way are the hot-headed Starfire and loveable Beast Boy. Together they become a surrogate family and team of heroes.