We’ve seen Micheal Bay’s Transformers saga. It was beautiful, visually stunning, and also an ambitious story that trickles away as it goes on. There was always one character that stood out the entire series, Bumblebee. The first thing I thought about when the film was announced was a soft reboot. Which is pretty much what Bumblebee is. This is a very warm heartfelt story that pretty much ignores most of the previous films, but tying them in… In a way. There are hints and mentions of things that were in the original films, but they were inserted in new ways. The story, cast, and soundtrack were amazing. This was definitely an 80s movie to remember.

Bumblebee is definitely a soft reboot from Paramount and Hasbro’s AllSpark. There were mentions of things that happened in the past films, but they were different iterations. In the original films, Transformers had been on Earth since the age of the Dinosaurs. In this film, they didn’t even know Earth existed. There also other things mentioned like sector 7 and attacks on Chicago and New York. While mentioned, the way they were mentioned let’s you know, this definitely a reboot. 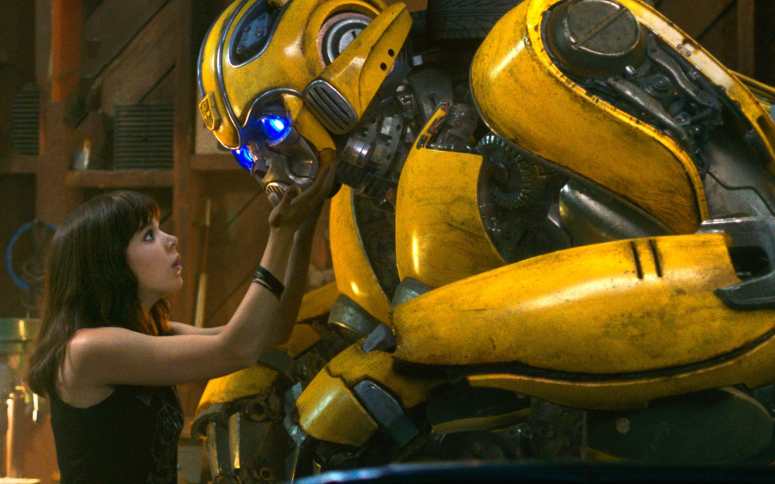 The story is probably my favorite thing about the film. The story is the most compelling story of all the films in the franchise. The story of the Autobots needing to find a refuge and Bumblebee being the bot to help and save the Autobot race. Bumblebee isn’t a complicated character, but he is complex and curious. He’s on a new planet and he has no clue about anything on it. He finds a friend in Charlie Watson [Hailee Steinfeld (True Grit/Pitch Perfect 2)], a girl struggling to find herself while dealing with her father’s death. Together the two team up to help take on Shatter and Dropkick. The story is one about facing your fears and working together to achieve a goal, no matter the sacrifice.

The acting was on well done, live and voice acting. Hailee Steinfeld does an amazing job as Charlie Watson. John Cena plays kind of a complicated anti-hero type role as Agent Burns. Angela Bassett and Justin Theroux do amazing voice acting along with Dylan O’Brien, the whole voice acting cast across the board was amazing as always. With the supporting cast Jorge Lendeborg Jr., John Ortiz, Jason Drucker, etc do an amazing job helping glue the film together. The cast does a great job with an amazing script. 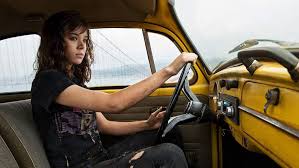 The other thing that sticks out about this film is Cybertron. OH MY, CYBERTRON. We finally saw Cybertron full of life and at war. The film was beautiful, the Transformers looked just like the cartoons, Cybertron was amazing, and the overall essence was that of an 80s Transformers cartoon. The music, the clothing, the cars, everything about this film was the 80s. The nods to films like the Breakfast Club were awesome. You just have to enjoy the ride and the aspects that come from Travis Knight and Company that bring the film together.

Bumblebee was amazing, and the best Transformers live-action film we’ve seen thus far. The soft reboot is necessary, and hopefully Allspark and Paramount can take these films in the right direction. I highly recommend it to anybody and hope you enjoy it as much as I did. Have you seen Bumblebee? Are you excited to see it if you haven’t? Tweet us @SuperBroMovies with your thoughts!

On the run in the year 1987, Bumblebee the Autobot seeks refuge in a junkyard in a small California beach town. Charlie, on the brink of turning 18 years old and trying to find her place in the world, soon discovers the battle-scarred and broken Bumblebee. When Charlie revives him, she quickly learns that this is no ordinary yellow Volkswagen.

One thought on “‘BUMBLEBEE’ Movie Review: The Best Transformers Film Yet”