With the finale of Titans releasing today, DC Universe has released our first look at fan-favorite Cyborg in their upcoming spinoff, Doom Patrol.

Victor Stone will be portrayed by English actor Jovian Wade. It’s been reported that Cyborg will come to the Doom Patrol with a mission that is hard to refuse. Check out the first look below: 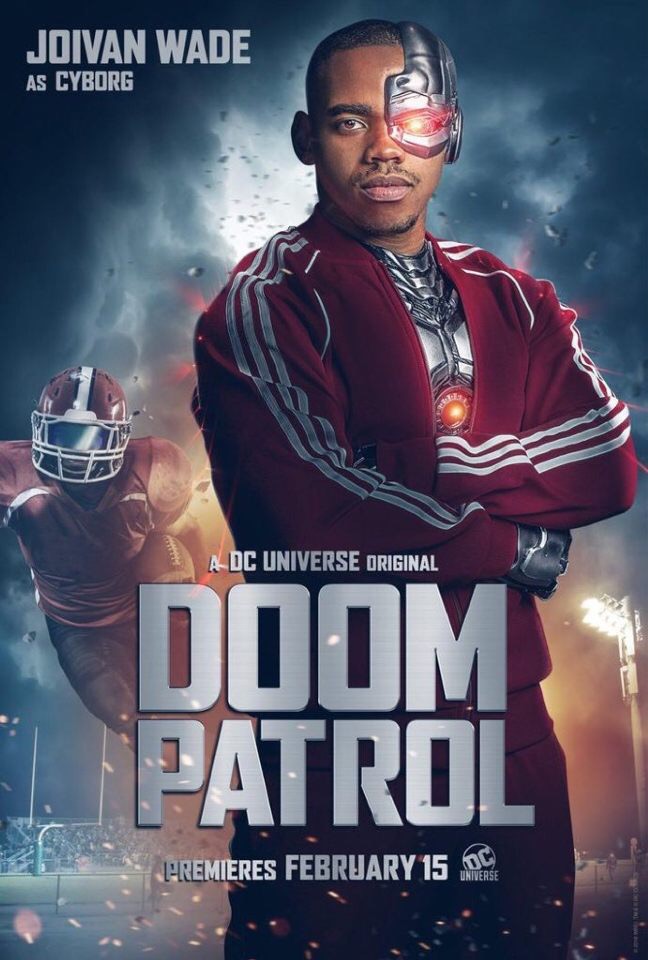 Also released was our first look at Diane Guerrero as Crazy Jane, who didn’t appear in the Doom Patrol episode of Titans. She suffers from a serve case of multiple personality disorder. Jane is considered the strongest member of the team.

Are you excited for Doom Patrol? Let us know in the comments below! -Jackson Hayes