The announcement that Young Justice would finally return for a third season was met with universal praise from fans of the series. And for many, it seemed to be one of the main reasons purchase the DC Universe streaming service. But the most important question fans have asked is, “Does it live up to the hype?” And to be honest, no. It exceeds it.

Young Justice: Outsiders jumps right back into the action and story of the previous seasons that had fans of the series hooked. Without skipping a beat, the new season throws us right back into the world of the sidekicks turned heroes and reestablishes any connections lost during the show’s absence. But what in my opinion elevates the new season above the past ones is that the DC Universe streaming service allows for much darker stories than we have previously seen. 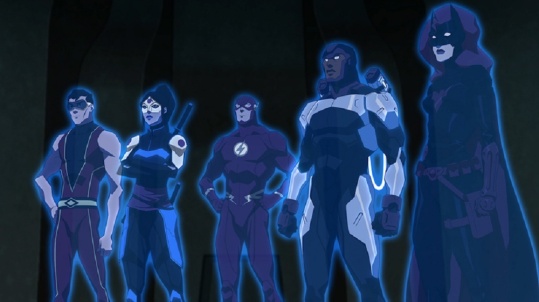 This isn’t to say the past seasons didn’t delve into its own dark territory, but rather Outsiders is able to tell a more adult narrative. When many classic shows return from a long absence a common complaint is that it no longer holds up for the original audience. It’s like those series refused to grow up with its viewers, which is not the case with the new season of Young Justice. The characters we loved have grown up to allow the writers to tell much darker and more adult narratives.

Without giving away any spoilers for the first three episodes, the plot of the new season jumps into the story that started off in season two. With the sudden rise of Metahumans the League and the Team is forced to tackle rising threats from child abduction and experimentation to Metahuman trafficking. And with such real-world issues, the series does an amazing job of handling the sensitive material.

And beyond the show’s story, I’d like to focus on the animation for a moment. For me, it was the clean smooth animation of Young Justice that made it one of my favorite shows when it first aired. So to see it again in this new season makes me love Young Justice: Outsiders. One of DC’s strongest assets, in my opinion, is its animated series and films, and frankly, Outsiders is the perfect example of this.

Not only was the animation and art of the first seasons returning great to see, but the return of all the original voice actors made me nostalgic for the previous seasons that aired sl long ago. It’s always nice when actors love the work they do because it shows in their work and it’s clear to see in Young Justice: Outsiders that the actors love this series. And all of them returning makes it even easier to jump right back into the show, as if it never ended.

All of these factors make Young Justice: Outsiders a can’t miss series for both fans of the original seasons and for anyone who enjoys great television. Outsiders is setting up for an amazing story and I can’t wait to see where it will go in the coming episodes.