Did you think the trailer description was all we had for you today? Well, think again. Sources have confirmed to SuperBroMovies that the Seven Deadly Sins are set to appear in DC’s Shazam!.

If you’re unfamiliar with this group, they made their first appearance in Whiz Comics #2 in 1940, the same issue that both Captain Marvel and Dr. Sivana debuted. They are seven demons who are used to represent the seven deadly sins of Judeo-Christian religions. These demons are identified by their traditional theological versions (Pride, Envy, Greed, Wrath, Sloth, Gluttony, and Lust).

This probably isn’t the first time you heard the Seven Deadly Sins connected to the upcoming DCEU film. In 2017, our friends at Omega Underground unveiled audition tapes that alluded to the antagonists. The videos featured actors reading for the part of Billy Batson during his first meeting with the Wizard. During the encounter, the Wizard mentions that the rest of the council had been wiped out by none other than the Seven Deadly Sins.

It’s important to remember, however, that audition tapes aren’t always connected to the final film, meaning this could have been a scene written strictly for the potential actors to read. Although, according to our sources, that doesn’t appear to be the case as we will see a version of the villainous group in the movie.

Now let’s get to the fun stuff. The versions of the Seven Deadly Sins we will see in the upcoming Zachary Levi-led film will bear a resemblance to their New 52 counterparts. Geoff Johns famously worked on the New 52 Shazam!, which is one of the most well-regarded runs of the character. Here’s what they will potentially look like: 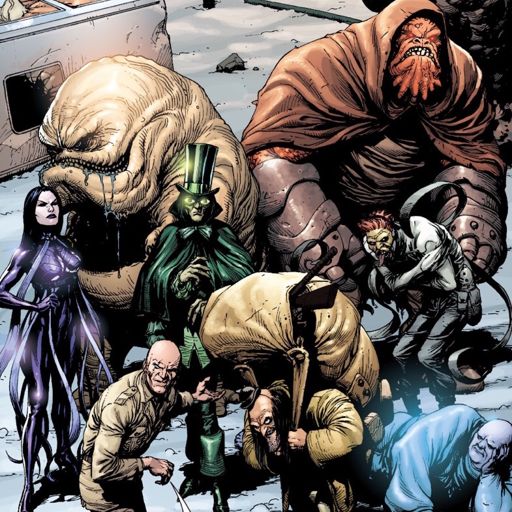 Are you excited for a live-action version of the Seven Deadly Sins? Let us know in the comments below! –Jackson Hayes

We all have a superhero inside us, it just takes a bit of magic to bring it out.  In Billy Batson’s (Angel) case, by shouting out one word—SHAZAM!—this streetwise 14-year-old foster kid can turn into the adult Super Hero Shazam (Levi), courtesy of an ancient wizard.  Still a kid at heart—inside a ripped, godlike body—Shazam revels in this adult version of himself by doing what any teen would do with superpowers: have fun with them!  Can he fly?  Does he have X-ray vision?  Can he shoot lightning out of his hands?  Can he skip his social studies test?  Shazam sets out to test the limits of his abilities with the joyful recklessness of a child.  But he’ll need to master these powers quickly in order to fight the deadly forces of evil controlled by Dr. Thaddeus Sivana (Strong).

25 thoughts on “EXCLUSIVE: The Seven Deadly Sins Will Appear In ‘SHAZAM!’”