After existing in name only for the last 4 and a half seasons, Lex Luthor is finally making his presence known on The CW’s ‘Supergirl.’

While Lex’s sister Lena has been a staple of the show serving as a close friend to Kara Danvers for quite some time now, it looks like her evil older brother is heading home from prison. A few months back it was reported that Jon Cryer (‘Two and a Half Men’) was cast as the villain synonymous with Supergirl’s cousin Superman and we finally have our first look at what the actor will look like as the legendary DC character

Take a look for yourself below: 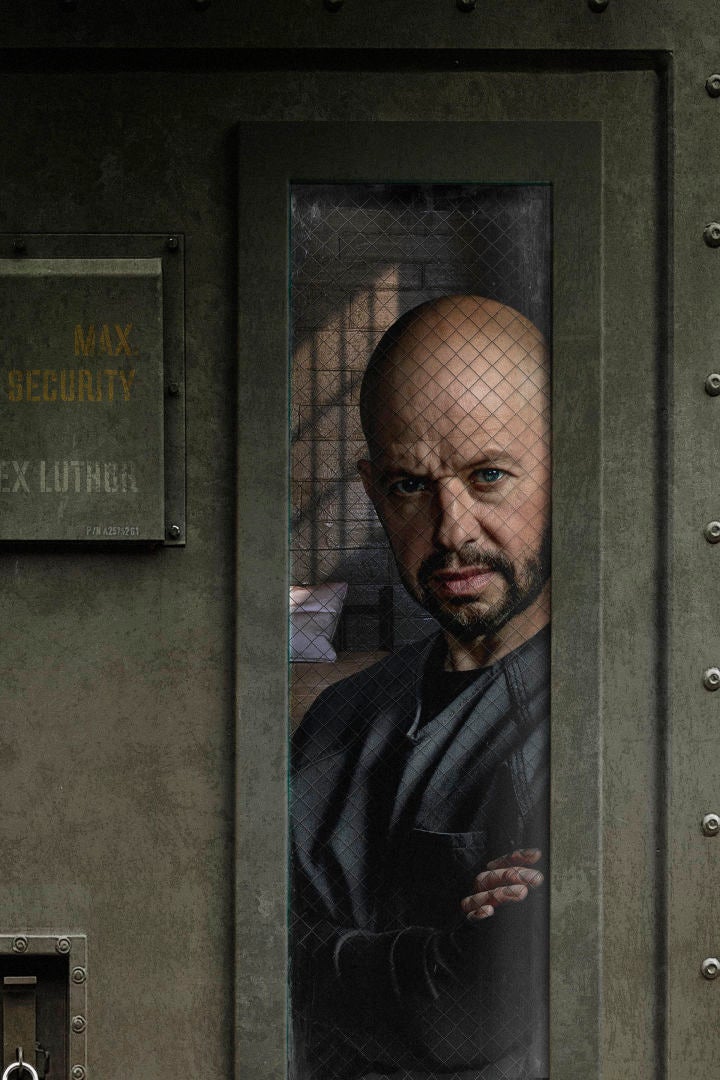 Cryer’s version of the character will be fresh out of prison in his first appearance in episode 15 of season 4, appropriately titled “O Brother, Where Art Thou?” and will bee looking to enlist his baby sister Lena into his scheme. He will reportedly “stop at nothing to get her on board, even if that means leveraging the life of one of her friends.”

Previously, Cryer has appeared in 1987’s Superman IV: The Quest for Peace as Lex Luthor’s nephew Lenny. So he has firsthand experience with how the legendary Gene Hackman interpreted the character from the pages of DC Comics to the big screen.

What do you think of this look? is Jon Cryer a good fit for the role? Sound off in the comments below and @superbromovies. – Christian Hubbard

Supergirl airs Sunday’s on The CW.