Right next to Area 51, there’s a well kept secret. What is it one might ask? It’s the title of the final Star Wars film in the Skywalker saga. We don’t have any inkling of a clue as to what it will be called, but there is one person out there who knows the title and I’m not sure he’s ready to let the general public know.

Awhile back it was announced that Dominic Monaghan would have a role in the upcoming film, and although it still unknown, he did reveal an interesting piece of information on his Instagram story. Regarding the title of the next Star Wars installment’s title, Monaghan posted the following: 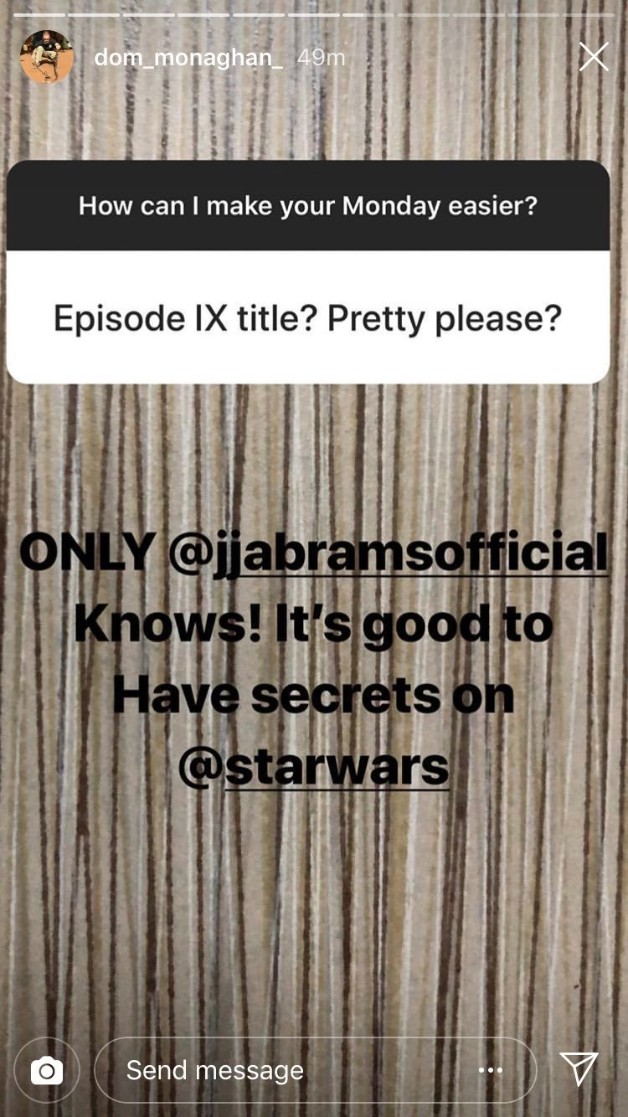 Secrets and Star Wars are almost synonymous at this point, for good reason though. What this tells us is that there is a title, now it’s just a waiting game until we figure out what it is. J.J. knows what he’s doing and we should ALL have faith in him. The bar was set high once again with Rian Johnson’s The Last Jedi, so it’s time to go out with a bang.

What do you think the next Star Wars film could be called? Let us know over at SuperBroMovies! – JB Baker