I’m assuming the odds are you have already seen the new Avengers: Infinity War trailer at least 20 times by now. The trailer was everything we could hope for in leading up to what promises to be the most epic chapter in the MCU. With so much to notice it is quite easy to miss some of the little details scattered through the trailer so hopefully this guide can help.

In an opening shot of New York, Avengers Tower can be seen in the distance. But if you look closely you can see that the building no longer has the trademark Avenger’s symbol since Tony Stark sold the building in Spider-Man: Homecoming.

When Doctor Strange, Wong, Bruce Banner, and Tony Stark are seen standing in the Sanctum Sanctorum Tony is shown holding a cell phone. This is the same cell phone given to him at then end of Captain America: Civil War. Cap told Tony that if he ever needed him to just call, and based on the threat at hand Tony must have called. 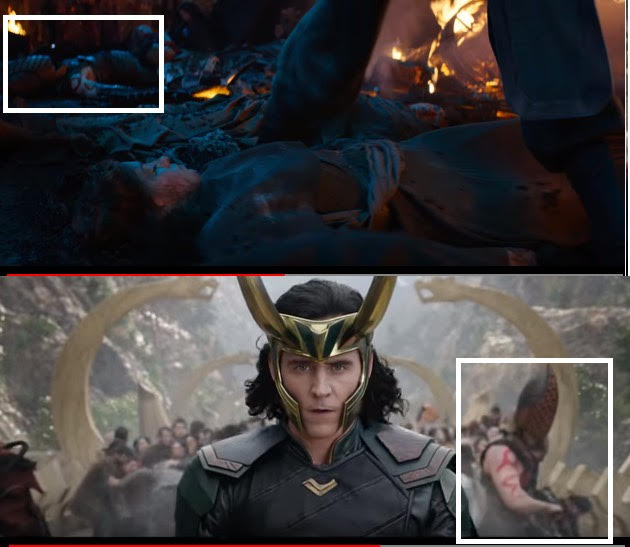 In the shot of Loki walking over what appears to be either unconscious or dead Asgardians a familiar character is shown for a brief second. One of the Asgardians shown on the ground was also seen for a breif second of the Thor: Ragnarök trailer, in a scene that didn’t make it into the actual movie.

Thanos is shown holding two of the Infinity Stones within the trailer. Those being the power stone and the space stone. As we know the power stone is currently in the care of the Nova Corps, meaning Thanos must have already taken the stone from them. Also, in the trailer Loki is seen handing the Tesseract over to an unknown character, but given Thanos is seen with it now it is safe to assume he is who Loki gave the cube to.

In the shot of Black Panther standing with his army, Captain America, and Bucky another character is also featured, M’Baku. The character M’Baku also known as Man-Ape is an adversary of T’Challa and will make his first appearance in next years Black Panther. But given Wakanda is being threatened by Thanos, it seems M’Baku has put aside his differences to work with T’Challa to protect his home.

The Avengers: Infinity War trailer featured many call backs and references to the history of the MCU. The film is bound to bring everything from the universe’s decades worth of stories together.

Did we miss any other big references in the trailer? Let us know at SuperBroMovies on Twitter! – Jacob Campbell