Deadpool 2 had the craziness and action of a Deadpool comic book, upping the ante in every way, but in comparing it to its predecessor, is bigger always better? 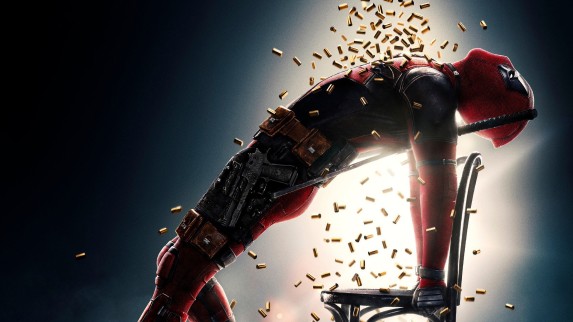 From the get-go, Deadpool 2 will have you busting a gut from laughter, constantly throwing every joke possible at you, from a gore and limb filled explosion to a DC comics reference that will sure rustle some jimmies. Don’t be concerned because Deadpool 2 is not all jokes, sprinkled in is some genuine moments of heart, with Wade being the sad clown that he is Ryan shines, even under all that makeup, with some actual tear-jerking moments and in the end a good family message.

Ryan Reynolds further solidifies himself as THE Merc with the Mouth, absolutely killing it and leading the whole movie through and through. With a writing credit on Deadpool 2, Ryan further proves that he really does know the character of Deadpool, the sequel really does feel like a Deadpool comic book ripped off the page with its utter insanity, even more, comic accurate than the Deadpool featured in the first one. Deadpool isn’t the only one on this journey, new additions Cable and Domino bring their own unique feel to this franchise and leave you wanting more. Both Cable and Domino felt underused, but we have to remember this is a Deadpool Movie and they are both set up great for the future. Josh Brolin’s Cable is the perfect straight man to Wade’s Jokester and ls the ultimate cyborg badass while Zazie Beetz’s Domino is a happy go LUCKY blast of a character who, unbeknownst to Wade, does have very cinematic powers, leading to awesome action sequences. 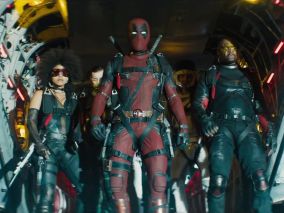 With Director Tim Miller not returning for the sequel, newcomer David Leitch (the man who killed John Wick’s Dog) had some big shoes to fill. Something big he brings to the sequel is the action (the most disappointing part of the first one in my opinion), the action is bigger, louder and a true delight. In comparison, Deadpool 2 has more jokes and bigger action than its predecessor but is bigger always better? I think this one deserves multiple viewings before making that decision. My issues with Deadpool 2 come from the lack of a focused plot (where the first one was very simple and streamlined), it is too busy focusing on future films, similar issues most have with Iron Man 2.

You are in for a lot of surprises with Deadpool 2, some surprise cameos (both on the side of good and evil), hilarious references, awesome soundtrack, one of the best opening musical credits (based off of another certain popular franchise, something I have wanted to see in a comic book movie since the beginning) and one of the FUNNIEST, LAUGH OUT LOUD Mid-credit scenes you will ever see.

More jokes, More action, and more comic book, but It is hard to capture lightning in a bottle twice but that doesn’t mean Deadpool 2 isn’t one hell of a good time. 8/10  –Parker Batkins

After surviving a near fatal bovine attack, a disfigured cafeteria chef (Wade Wilson) struggles to fulfill his dream of becoming Mayberry’s hottest bartender while also learning to cope with his lost sense of taste. Searching to regain his spice for life, as well as a flux capacitor, Wade must battle ninjas, the yakuza, and a pack of sexually aggressive canines, as he journeys around the world to discover the importance of family, friendship, and flavor – finding a new taste for adventure and earning the coveted coffee mug title of World’s Best Lover.