Aquaman comes out this December, but that isn’t stopping star Jason Momoa from coming up with ideas of storytelling to pitch to Warner Bros. for Aquaman 2.

Momoa, while talking to TotalFilm magazine, is confidently looking beyond Aquaman and already thinking about the sequel. Here’s what Momoa had to say:

“I definitely have an opinion. Even when we were shooting Aquaman, I have the opening of Aquaman 2 ready. I went in and pitched it to [producer Peter] Safran, and I pitched it to [Warner Bros. chairman] Toby Emmerich. They loved it. It’s awesome…but yeah, I have plans for Aquaman 2.” 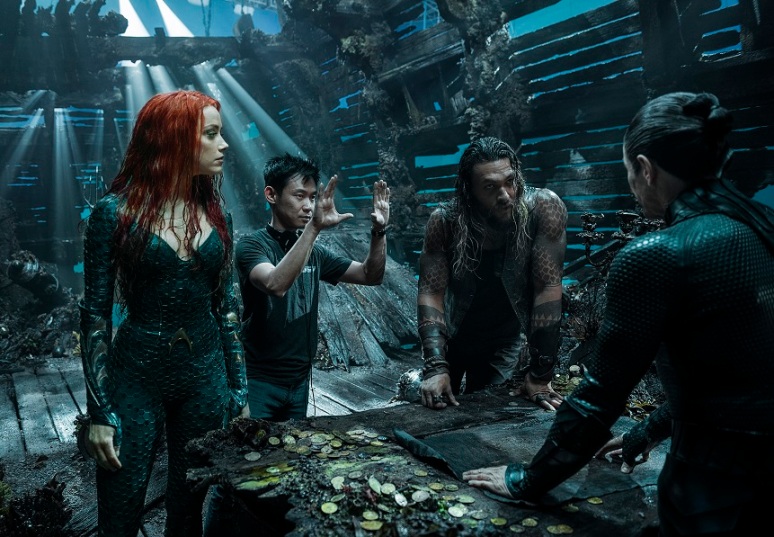 During the same interview, James Wan went into detail explaining that, in the world of Aquaman, there are stories that could turn into spinoff films if Warner Bros. are willing to dive into:

“There’s definitely stories, even within the world we’ve created, that you can actually see other storylines as well. There’s the Aquaman story, but then there’s the stories of the seven different kingdoms as well. I think those would be very fun to explore.”

It is always exciting when an actor is thinking of all kinds of ways to develop their character for the next movie. It shows that actors care about their character and the franchise because they want to make quality films to please the fanbase. Aquaman comes out in theaters on December 14th and the box office will determine if Momoa’s plans for Arthur Curry will come to life in the sequel or not.

Are you excited about the possibility of Aquaman getting a sequel? Be sure to tweet your thoughts by tweeting @SuperBroMovies on Twitter!