Marvel’s first family is coming home. Last week, Disney and Fox agreed on a merger that would allow their Marvel character rights to be shared and cohabit within the MCU. The Fantastic Four have never been an incredibly popular or lucrative franchise for Fox. Both movie series had well cast actors for the roles, but neither had quality writing to make fans want more. I doubt Marvel Studios will have trouble deciding on the tone or writing quality characters for the team. I think there is something to learn in a similar ordeal Marvel Studios went through; casting Spider-Man: Homecoming. In that reboot of a reboot, there were two key takeaways to their choices. As per usual, Disney wanted actors on the cusp of stardom. In this position, they can bank on a six picture deal, while also expecting these actors to grow in name recognition outside their Marvel franchise. The other lesson is to cast openly in regards to ethnicity. These characters had their first appearance in 1961 and just as in Spider-Man: Homecoming, it is important to represent a more realistic, modern generation. With these thoughts in mind, I submit to you and Lord Feige my recommendations for the MCU Fantastic Four.

Mister Fantastic is a hard character to define. He’s a genius scientist, but also an everyman. He’s a team leader, but also a gentle family man. He’s an A-list superhero with one of the goofiest superpowers ever. Isaac may already be Poe Dameron, but he deserves another starring role. Always breaking the tension with an oddly toned joke in front of the First Order, Isaac is a deft comedian. Unfortunately, Star Wars is not using him to his full potential. Poe is becoming a little one note in his lone-wolf ace pilot thing. When he’s not in a galaxy far, far away, Isaac is balancing between award-winning indie and failed mega franchise starters. For every Sucker Punch and Robin Hood, there’s an Ex Machina and Inside Llewyn Davis on his resume. He deserves a franchise character as multi-dimensional as his talents.

This next actor is surprisingly well known for someone with so few credits. You feel like you’ve seen her everywhere but the only hits she has been in are two Mission Impossible films and The Greatest Showman. Ferguson is great at joining in a ragtag group of longtime friends and calling them out on their shortcomings. She would play an able Sue Storm that could stand at the forefront next the leading man without losing any spotlight herself. She also balances the tough and intelligent aspects of each of her characters effortlessly.

This casting choice will be a great decision by Marvel to bring in non-comic fans and the YA audience. Sam Claflin had a breakout role as Finnick Odair in the last three Hunger Games movies. In those he played a cavalier, womanizing, playboy, celebrity athlete. Sound familiar? While this may be verging on typecasting, Claflin has perfected the charming bad boy act. He has also had well-known dramatic roles, such as playing a man who was paralyzed after a life of daredevil habits. This duality would serve Claflin well in the more down-to-earth character moments between a team as close as family.

In both past franchises, The Thing has been portrayed as a tragic character. While this is understandable in Ben’s situation, there must be a light side to the monster in the way the Hulk has been portrayed. Schreiber typically plays stoic anti-heroes. He also went all out in his portrayal as Sabretooth in X-Men Origins: Wolverine. Could he be another actor to make the jump to another character/universe? As The Thing, he can bring his gruff voice and comedic timing seen in smaller projects like Bojack Horseman and Goon. Not only does The Thing need a great voice, he needs a face to capture him. Schreiber’s head is already blocky and wide to encapsulate Ben Grimm. 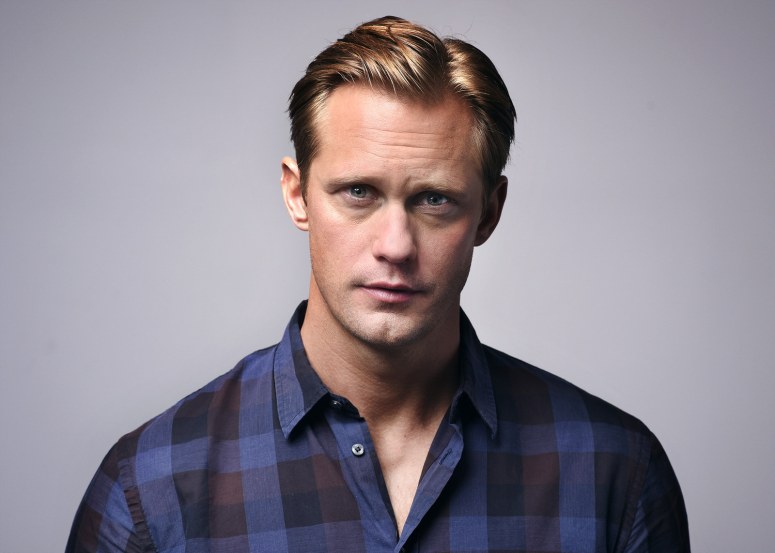 As much as Doctor Doom is tyrannical, he is watchable. Marvel needs an actor who can captivate and disgust us at the same time. This talent runs wild in the Skarsgård family. He has that cold, enchanting look of an Eastern European vampire. No wonder he was cast in True Blood. But don’t relegate him to pulp projects. He has serious dramatic chops. Skarsgård also does not shy away from action franchises. Attempts such as The Legend of Tarzan may not have panned out, but he is the perfect actor to be willing to sign a 4-6 picture deal with Disney.

3 thoughts on “Fancasting The New Fantastic Four In The MCU”