With the DC Universe streaming service having been announced, one of the first shows slated to premiere is the live-action series based on the Teen Titans known as Titans. In addition, we recently had our first look of Brenton Thwaites as Dick Grayson/Robin in full uniform. Although there has not been an official statement from DC concerning the narrative of the show, we might have some idea as to what the pilot will be thanks to Splash Report. 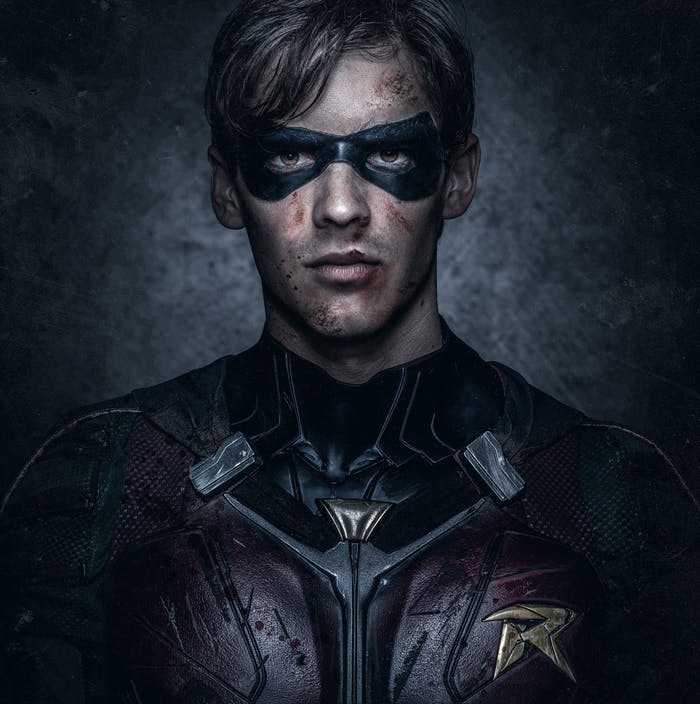 According to Splash Report, the pilot of Titans will focus on three characters in the following order: Robin, Raven, and Starfire. We will be introduced to the first two through a flashback at the Flying Grayson Circus, as it establishes the backstories of Grayson and Rachel Roth before they adopt the Robin and Raven personas. In some ways, the structure will allow the three characters to develop as individuals before they team up.

After the flashback, we will transition to modern day with Grayson being a detective that has kept himself from working with others. Also, this section of the pilot will introduce more of the supporting characters:

Grayson has taken up the career of being a detective on the police force. We are introduced to some of the series’ side characters like Detective Rohrbach and Wolf, and we also notice Grayson’s plain apathy towards them. See, Robin doesn’t work with people anymore. After what Batman did to him, he’s shut himself off from any relationships, absorbing himself in his work.

Furthermore, we will see Raven struggling with being an outcast, having been regularly bullied due to her downbeat personality. Based on this scene description, it seems like her struggles will become a major component of her character arc:

We get to see more of her mother, Angela, an insomniac trying to manage taking care of a problematic childlike Raven. Raven’s powers are also given some spotlight early on, highlighting a deeply disturbed, almost demonic individual residing inside her. Rachel’s neighbors are well-aware of her strangeness, as are her classmates, who regularly bully her.

After spending time developing Robin and Raven, the pilot changes focus to Starfire, who we are introduced to at a disco party complete with a 1970s dress and hairstyle. However, she is currently on the run after a subsequent car crash. Not much is revealed about this character, though the report states that she will tie in with the rest of the narrative.

When we first meet her, Starfire is in smack in the middle of a car crash, her driver is embedded in the bloodied windshield, and armed men are chasing her for a reason unknown to us. Starfire is introduced to us the night after a disco party. On the escape, Starfire finds out she has multiple passports and can speak multiple languages— the identity of this woman is an absolute mystery.

Based on Splash Report’s findings, the Titans pilot will establish its primary characters, a more downbeat tone, and a scale uncommon in television shows. We shall see how much of the report holds true by the time we see footage from the show through a trailer or the pilot itself.

What do you think about the potential story for the Titans pilot? Be sure to tweet your thoughts at @superbromovies and stay tuned for more Titans news. – Mark Tan

Titans will be available for streaming on DC Universe in Fall 2018.

Titans – A team of young superheroes led by Nightwing form to combat evil and other perils.