The one corner of DC entertainment that has no problem announcing projects and then getting to work on them right away is their streaming series side. DC Universe is the home to shows old and new. Titans wraps up it’s first season this week and animated series Young Justice begins January 4th. Just accounced, are the release dates for the next three live action and one animated series in the pipeline. 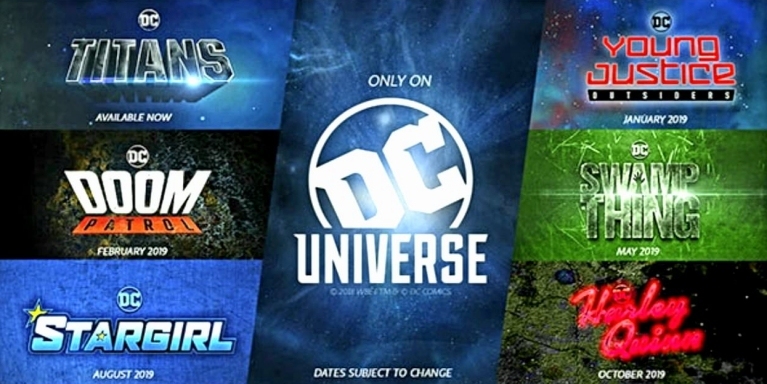 Titans spin-off, Doom Patrol will first air February 15th, 2019. James Wan produced  Swamp Thing premieres on May 10th, 2019.  Geoff Johns’ Stargirl will follow on August 9th, 2019. And finally, the animated Harley Quinn series will hit the service on October 11th, 2019. It seems DC is planning to keep fans fed for the entirety of 2019. This spacing is smart and resembles Netflix’s style with their Marvel shows.

Are you excited about all this content? Which show are you looking forward to the most? Tweet us @superbromovies – Cole